With GOG.com recently celebrating its fifth anniversary online and branching out into indie game publishing, IncGamers thought it was time to put some questions to the site about where GOG goes from here. We also discuss the site’s fierce no-DRM stance, what publishers can learn about piracy and whether No One Lives Forever will ever be making an appearance in the store.

GOG’s Trevor Longino is the man handling the answers.

From Good Old Games to GOG.

IncGamers: What led up to the initial creation of Good Old Games? What gave the founders the idea for it, and what led them to believe it would be financially successful? As a huge fan of older games I’m genuinely happy to see so many of them made playable for modern generations, but I can’t say I’d have been confident that something like this would be as successful as it is.

Trevor Longino: The conception of Good Old Games had a lot to do with the humble beginnings of a tiny little company that is now CD Projekt Red. Back in the early 90s they were a retail distributor of games in Poland, and Poland, back then, was a brutal market. With a very young democracy in place after decades of communism an average Polish gamer had a pretty outdated PC and not much money to spare for the games he wanted to play. At the time CD Projekt came up with an idea for a budget series of classic PC titles–games that were released a few years back, and thus required less demanding hardware to run on–with a lot of free goodies added into the releases, like posters, stickers etc. This proved to be a very successful approach, as many Polish gamers–that looked towards piracy to get their fix until then–became satisfied paying customers. Naturally, an idea to take this approach into the digital realm, with a much bigger reach, has started to bounce around in their heads. 5 years later, it seems that the idea was pretty darn good.

IG: In a similar vein, how difficult was it to get your original Good Old Games incarnation off the ground, in terms of sorting out compatibility and licensing issues?

TL: Thanks to CD Projekt it was much easier to get publishers on board for the launch of GOG. First of all, we have given them a chance to monetize their back catalogue, which they were more than happy to do. The bit where we had to do a lot of convincing was the DRM-free part. Back then, we did not have the data we have today (that going DRM-free does not increase the rate of piracy of the title and has a rather positive effect on sales) so it was a step-by-step process of building up GOG.com’s credibility. To be able to get those classic titles running on modern systems we had to build our own supreme team of programmers. These guys are still at the core of GOG.com’s daily operations–without their help some of the cult classics would never find a way back onto modern computers. 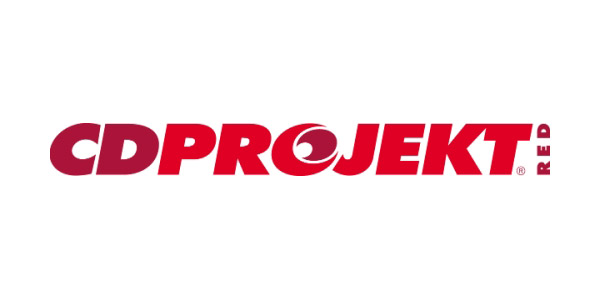 Yep, another logo. The images will get more interesting from this point, I promise.

IG: GOG is perhaps best known for having a firm no-DRM (Digital Rights Management) stance, which I believe you’ve had from the very start. Was that a decision informed more by ethics, or by business?

TL: A bit of both, but I’d lean more heavily on the ethics of DRM informing the business decisions. We were already opposed to DRM, and when the founders started the company, we knew that if there was one thing that would be sure to anger people who wanted to play classic games–which don’t have DRM, by and large–it would be to add DRM on top of them. Making a game substantially worse for the consumer and then selling it? That sounded like madness.

You probably note that the same argument applies to new games: why would you take something that doesn’t naturally have DRM and then add it, which makes your game worse for paying customers? That’s a good question, and we still don’t know the answer to that.

IG: Is there any situation you can envisage where DRM might be acceptable? Perhaps one in which an asteroid can only be prevented from striking Earth through the addition of DRM to a videogame.

TL: No – humanity is dooooomed!

Honestly, if that was somehow required for the continued existence of humanity, of course we’d be willing to put up with it. While it’s true that psychologically, games are practically required for a healthy consciousness, computer games are not. Video games are a hobby, not a necessity for life.

You can construct circumstances where DRM is acceptable, but I’d note that it’s not necessary. Adding DRM to games is like adding DRM to books or music–it’s been done, but both of those industries are learning that it doesn’t actually make any difference in piracy. Which brings me to the next question:

Geralt keeps an eye on the torrents.

IG: Do you have any research data or way of measuring the effect your no-DRM stance has on sales?

TL: Directly? No, we haven’t sponsored any kind of research on that. But here are two interesting links for you:

1. First of all, here’s a discussion from sister company CD Projekt RED, which shows that despite the fact that GOG.com sells a DRM-free version of The Witcher 2, the most-pirated copy of the game was actually the retail version (which did have DRM.)

So what that talks about is two interesting things: first of all, DRM is obviously not an obstacle to pirates, or else they would have been trading around GOG.com’s copy of The Witcher 2 instead of the retail one; two, having DRM or not having DRM doesn’t change the amount of piracy content receives.

So with studies like this (and others out on the market), I think it’s pretty safe to say that it’s evident that DRM and piracy are, at best, loosely linked to each other, and more likely what we’ve been saying for years is true: some people will pirate, and they aren’t your customers. Forget about them. Spend your effort on taking good care of the people who actually pay you, and you’ll be successful.

The Secret World needs you to fend off The Whispering Tide