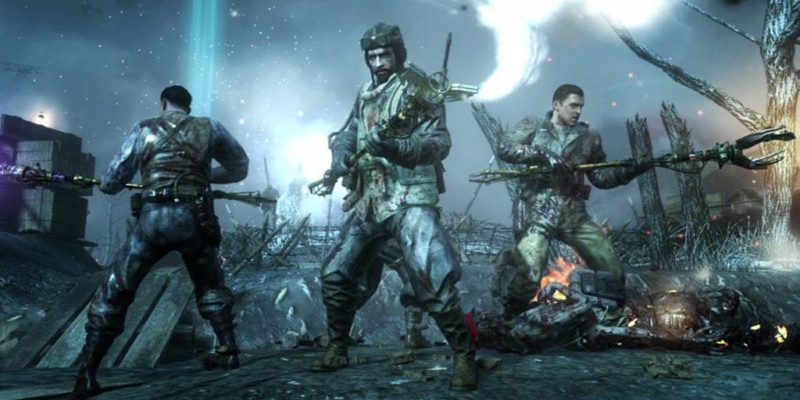 You’ll be reunited with these four.

Like the changing of the seasons, as one aspect flourishes another must die. So it is that with Call of Duty: Ghosts due out this November, Call of Duty: Black Ops 2 comes to an end with a final piece of DLC. Apocalypse has been knocking about on the Xbox 360 for a month or so now, but today it’s released for the PC too.

I’m pretty sure I’ve written about this about fifty times before, but just in case you’re still somehow unaware of what Apocalypse has in it, here’s a summary. Four standard multiplayer maps (Pod, Frost, Takeoff and Dig,) plus a new zombie chapter called Origins (featuring Tank, Nikolai, Takeo, and Richtofen from Call of Duty: World at War.)

As a one-off, it’ll cost you $15.00 USD. If you happen to hold a ‘Season Pass’ then you’ve already paid for it, and it’s yours. The trailer below is PS3 footage, because Activision hasn’t bothered to record a special PC one with all the nicer textures and stuff. Still, it’s a decent overview of the maps you’ll get.