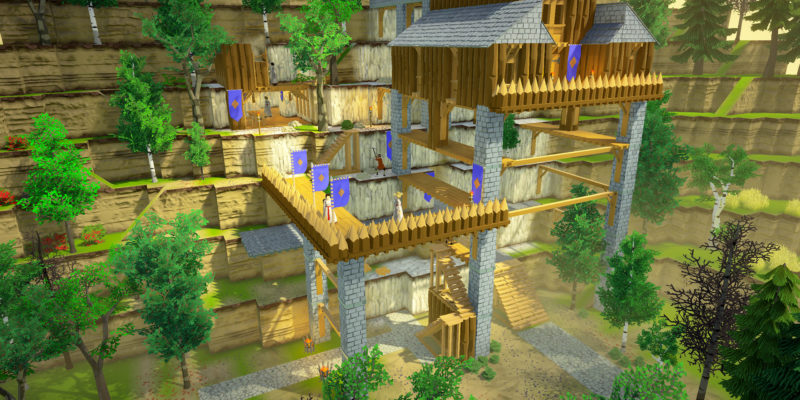 Publisher The Irregular Corporation is releasing another tycoon sim later this year. This one, Going Medieval, is in partnership with indie developer Foxy Voxel. Beta signups for the alternate history sim just opened, and there’s a new trailer showcasing the colony survival gameplay. Set in the year 1346, Going Medieval takes place just as the world is recovering from the plague known as the Black Death. Those who survive now need to re-settle, but nature has reclaimed much of the land. It’s up to you to guide your colony and ensure its survival.

As always tends to happen in end-of-the-world scenarios, people get selfish and think they can take what they want. Fortunately for your colony, they’ve got you watching over them. You’ll need to protect your villagers from outlaws, barbarians, and religious fanatics in the new lawless age. Find a safe space, collect resources, and build the biggest damn walls you can.

But wayward miscreants aren’t the only thing you need to protect your villagers from. As you saw in the trailer, nature itself can strike at the most unfortunate time. And if your crops burn, your villagers go hungry. Always have a plan B. Maybe even a plan C. You may seem like an all-knowing deity, but your role is to serve the villagers. So, make sure you take note of their individual wants and needs. 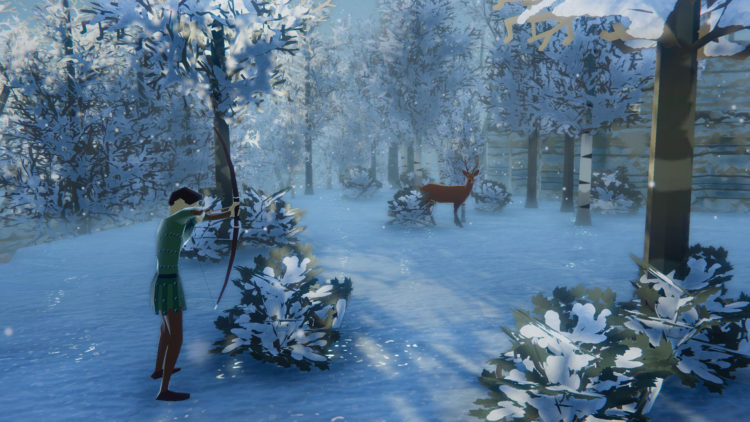 Like this guy. He just wants to eat some deer meat.

Be the alpha for the beta villagers

If you’d like to take responsibility for the life and death of humanity’s last survivors, you can sign up for the beta. A date hasn’t been set for the beta yet, but we’re told it’s going to be later this year. Going Medieval will be available for PC through Steam, so you can also add it to your Steam wishlist to ensure you stay up to date with the game’s development.