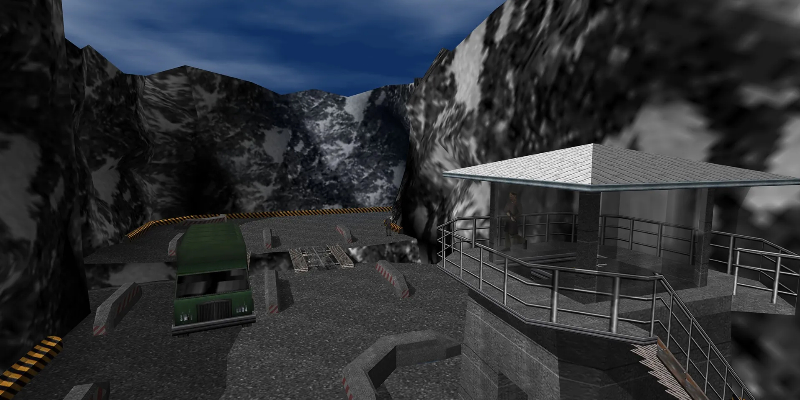 An enhanced version of GoldenEye 007 is making its way to Xbox Game Pass with some big improvements. This updated version will include achievements, and support up to 4K resolution (16:9 aspect ratio), and offer a much smoother framerate than the original.

This improved framerate will affect every part of GoldenEye 007. Yes, this includes the fan-favorite split-screen local multiplayer which can be tricky to play on the original version. On the Nintendo 64, GoldenEye 007 regularly dipped as low as 12 frames per second, which is far from ideal.

Developer Rare Games has known for some time that a GoldenEye 007 remake was due. Way back in 2008, a similar project was in the works but was canceled due to conflict over who owned the rights to the property. Although the original GoldenEye 007 was created by Rare, it was published by Nintendo. Nintendo and Microsoft couldn’t come to an agreement and so the project was binned.

We’ve received hints that a remaster or remake was in the works. After footage of the 2008 project appeared online, eagle-eyed fans noticed that someone was claiming Xbox achievements for the game.

Now, the GoldenEye 007 remaster is officially coming to Game Pass. The compromise made by Nintendo seems to be that Goldeneye will also be getting a simultaneous release for Switch Online. Interestingly, Nintendo of America emphasized that GoldenEye 007 on Switch will support online multiplayer — Rare’s original tweet does not. The 007 website has since confirmed that online multiplayer will be exclusive to the Switch.

Although we know that the GoldenEye 007 remake will be coming to Game Pass, we aren’t completely sure if a PC release is planned too. It would be unusual for a Microsoft property to not release on PC, but this is an unusual case. Given that Microsoft and Nintendo have had to come to an agreement, it’s hard to say if we’re getting a PC version. For now, it’s best to stay optimistic and look forward to playing GoldenEye 007.

Sony to host a surprise State of Play event today