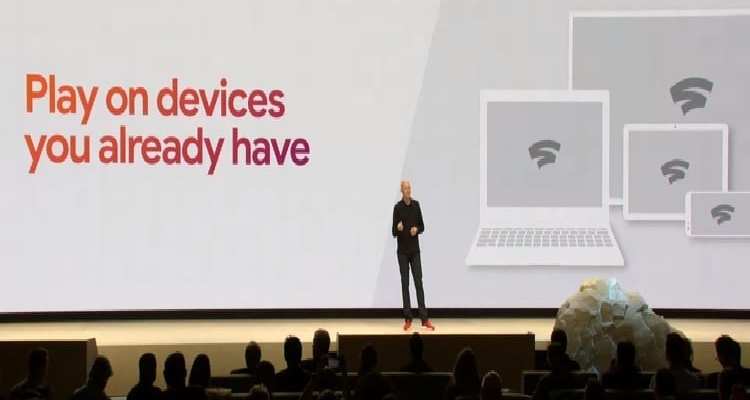 Google recently unveiled its brand new game streaming service at GDC 2019, named Google Stadia. The new service will allow users to connect to the Stadia data center and stream a variety of games, including AAA titles, to their various devices. One key detail that was left out of the main presentation is that of network requirements. According to an interview by Kotaku with the head of the Stadia team, Phil Harrison, Google recommends that players have at least a 25 Mbps connection in order to properly maintain a stream at 1080p, 60 frames-per-second.

Harrison also confirmed that his team has been able to “use less than that” for 1080p/60FPS, but they’ve settled on 25 Mbps as the recommendation.

One big detail that was mentioned during the Stadia reveal is that support for streams up to 4K, 60 frames-per-second is being planned for when the service fully launches later in 2019. In the same Kotaku interview, Harrison mentioned that this feature will require a connection of  “about 30 megabits per second.” Harrison didn’t specify if this would provide the same 60 FPS playback, however. He did at least mention that Stadia will automatically adjust the quality of a stream depending on the player’s connection. So, the lower your connection speed, the lower the resolution and framerate.

This technique is similar to that of other streaming services like Netflix, which also adjusts the stream quality depending on available speeds. Speaking of Netflix, the company recommends a 5 megabit connection for HD playback and 25 megabits for 4K playback. This goes to show just how much more demanding game streaming is. An even better comparison is that of Nvidia’s GeForce Now streaming service, which requires 20 megabits for just 720p, 60 FPS quality and a whopping 50 megabits for 1080p, 60 FPS. So, Stadia’s bar of entry is clearly lower than that of GeForce Now which should definitely come in handy for those with weaker connections.

Halo: The Master Chief Collection Will Have Bundle Release, FOV Sliders, And More

The Outer Worlds, Control, Heavy Rain, And More Are Heading To Epic