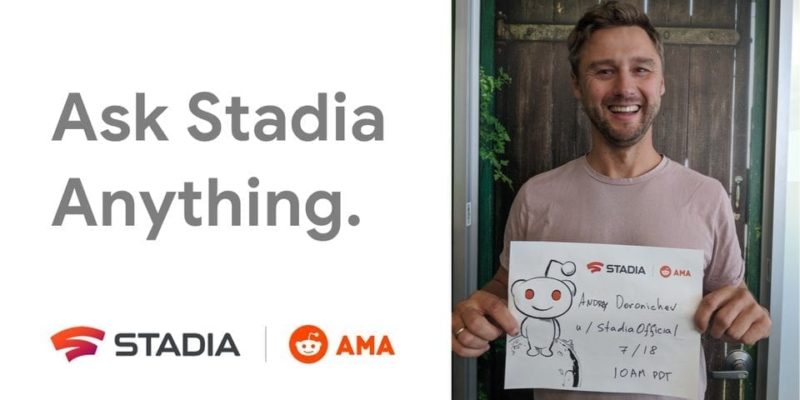 The recent Google Stadia Connect event brought all sorts of new information about the streaming service to light. That said, we still don’t know a ton about how the service itself will work. Well, don’t let your questions go unanswered. The Google Stadia team will be hosting an AMA on Reddit tomorrow, July 18.

This will be your opportunity to ask any burning questions you have about the new service. Concerned about data caps? Wondering how purchasing games will work? What will the UI look like? Are there any family sharing options? Will Stadia integrate somehow with existing game launchers like Steam, Origin, or UPlay? How exactly does purchasing games work? What games will be included with one of the subscriptions? All of these are important questions that need to be addressed. Any time a new platform comes along, it needs to overcome a lot of skepticism to gain a following.

For those unfamiliar, Google Stadia is an upcoming game streaming platform launching this winter. The service is making a lot of lofty promises such as stable 4K gaming for $9.99 a month. While game streaming is nothing new, the hook here is that you’ll be able to play modern games on any device capable of running Google Chrome. That means that modern PC gaming could potentially be opened up to a lot more people. Instead of having to build a computer, you’ll be able to play right on your smartphone or even TV with Chromecast. It all sounds good in theory, and from personal experience the Project Stream beta even worked well enough to impress me, but it’s all still just in theory. We won’t know how well it all works until the service launches later this year.