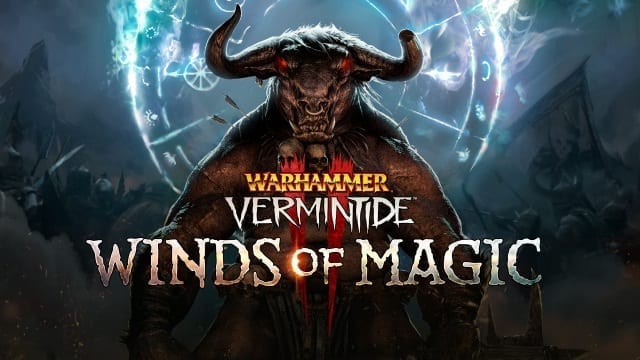 If it’s gore you want, gore you shall have. Warhammer: Vermintide 2 released in March last year, and it sold more than one million copies in about a month. Developer and publisher Fatshark also released two DLC in 2018: Back to Ubersreik and Shadows Over Bögenhafen. Warhammer: Vermintide 2 – Winds of Magic is the third DLC, and it will soon arrive on August 13. You can also pre-order Winds of Magic already, and you’ll gain instant access to the beta if you do. The beta will last until the release date.

Today, Fatshark released a new gameplay trailer showing the many ways you can slash the Beastmen. It’s a gory and frenzied display of the first-person slasher’s best features. These Beastmen comprise all sorts of Minotaur-like monsters who prod at you with their spears and axes. There’s plenty of decapitations and dismembering for everyone.

Winds of Magic brings with it a brand-new enemy faction and new challenges. A meteor crashes in the Reikland, and the Beastmen rush to the claim the space rock as their Herdstone. You and your cohort must stop them, or else they will strike a terrible blow to the Empire.

Martin Wahlund, CEO of Fatshark, says that Warhammer: Vermintide 2 will “continue to grow, and challenge the players in new ways.” The Beastmen provide a new enemy faction to challenge players with a new roster of enemies. There’s also a new level called “Dark Omens” and a new game mode called simply “Winds.” Plus, the DLC raises the level cap, so players will be able to enhance their characters further with new talents and weapons. There’s also a new difficulty mode and the introduction of the Leaderboards, where players will be able to prove their mettle.

Warhammer: Vermintide 2 – Winds of Magic will release on August 13 on PC via Steam, PlayStation 4, and Xbox One. What do you think of the Winds of Magic trailer? Do you think it’s a good addition to the base game? Leave your comments below to let us know!

Metal Wolf Chaos XD review – Believe in your own justice

Ooblets: The Story So Far – What’s with the outrage and fake screenshots?