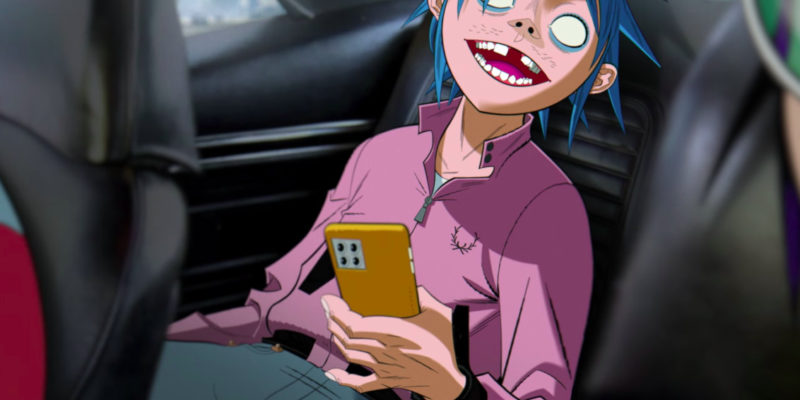 The video game world and pop culture has been crossing over more and more as of late. The likes of films, music, and comics have made various forays into the realm of interactive medium, and now Gorillaz has become the latest musical act to do so. Their latest track, The Valley of the Pagans, has an accompanying music video shot entirely in Grand Theft Auto V. The newest entry into the Song Machine project brings the cartoonish band into Los Santos, together with Beck making his mark via an iFruit phone in the corner. Never before has a drive around Los Santos been this cool.

If you did not know, Song Machine is a year-long project by Gorillaz that brings together collaborations with various artists, and with awesome music videos to boot. Before this latest song, there was a collaboration with Elton John and 6LACK. Of course, if you are looking for more songs that are about video games, there is also PAC-MAN featuring ScHoolboy Q. That debuted earlier as part of the Song Machine project as well.

Considering the state of the world today, it is not too far out of the imagination to think that both the Gorillaz and Beck have spent much of their time playing video games. Rockstar Games’ GTA V is a perfect outlet for that. The city of Los Santos is also full of sights and sounds that can inspire. For talents such as the Gorillaz and Beck, that has resulted in the chill beats of The Valley of the Pagans. Just like players of the game, the band drives around the city, ignoring stoplights and showing off what can be found in this virtual city.

With the song spotlighting Los Santos, perhaps The Valley of the Pagans will make it into GTA V proper. Either way, you can get the actual Gorillaz car in the game by following the guide by YouTuber Terry The Black Mage in the comments.