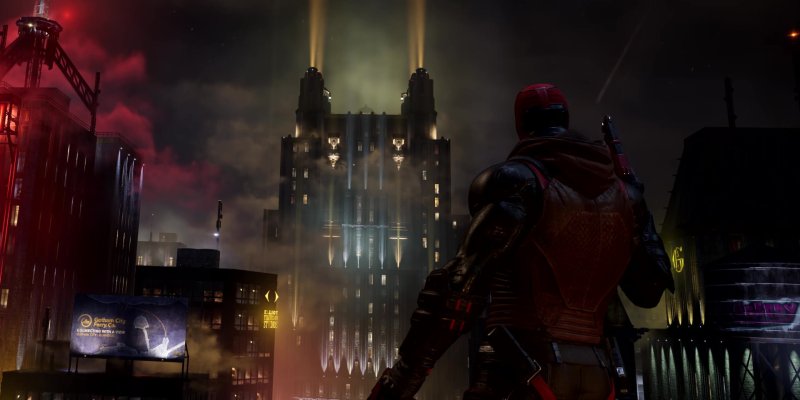 Warner Bros. Games’ Gotham Knights is merely a month away from launch, and marketing has been pumping on all cylinders lately. We’ve gotten introduced to the entire playable Bat Family, with Red Hood as the last crimefighter showcased. But we’re not done quite yet. Gotham Knights is heading to PC, and developer Warner Bros. Montréal is putting in some pretty impressive features which you can check out today in a new trailer.

For those with a high-end PC, Gotham Knights will come equipped with a lot of tech under the hood. If you have a rig you can push, the game comes with a large suite of options. Naturally, you can push the resolution up to 4K with a high framerate — up to 360 fps if the trailer is accurate. However, the game also supports both ultrawide monitors as well as multiple monitor setups. Other options include upscale quality, dynamic resolution, bloom, chromatic aberration, and ray tracing.

And if you need to push more frames, you have three options. Gotham Knights is supported by Nvidia DLSS and AMD FSR 2. But you also get the choice to use Intel’s Xe Super Sampling (XeSS), a DLSS rival that’s also coming to games like Call of Duty: Modern Warfare 2. It’s basically like DLSS, lowering your resolution before upscaling it in order to improve overall performance. One of the main draws of XeSS is that it’s coming from Intel, meaning it can be used regardless of your choice of GPU.

You can see many of the PC features coming to Gotham Knights in the previous trailer. There are even some spiffy before/after shots showing how the look of the game changes as options are turned up. With a full gamut of DLSS and its equivalents, hopefully that means some of us can turn the game up to 11 when it launches.

Of course, I’m hoping the game turns out well. I’m all about Batman and co-op games, so Gotham Knights has held my interest so far. Its use of the rather great Court of Owls story is also certainly a plus. We’ll see how it all turns out when Gotham Knights launches for PC on October 21.