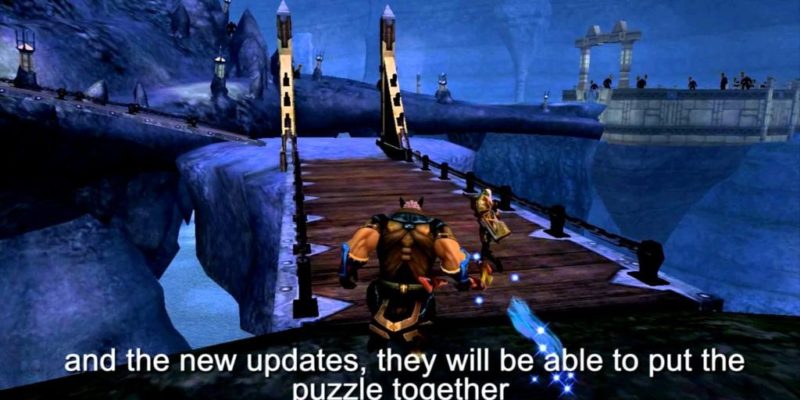 SEVENCORE: Swords and spells meet plasma-guns and flying motorbikes in fusion-fantasy MMORPG from new studio Noria, founded by industry veterans.
Dublin, Ireland – August 24th 2011 – Gala Networks Europe, one of the leading free-to-play games publishers and operator of thehttps://www.gpotato.eu/ portal, is delighted to announce its newest project, fusion-fantasy MMORPG SEVENCORE. Having been shown behind closed doors at Gamescom 2011 and gaining a hugely positive reaction, Gala Networks Europe has released all currently available information and assets available to the public.

Developed by new studio Noria, helmed by industry veterans, SEVENCOREbrings together narrative, extensive customisation and fusion-fantasy elements for a standout, story driven MMORPG. Gala Networks Europe has released two videos; the first one to explain SEVENCORE and the company’s unique creative partnership with Noria, which will see operator and developer working in close harmony, and a short gameplay video to give a taste of SEVENCORE’S vibrant world and distinctive gameplay design.

SEVENCORE will immerse gamers in a deep and engaging storyline that will evolve via expansions. The narrative will be distilled through quests and NPCs, and each race and faction will experience the story differently based on their own unique in-game history and culture. As they progress, players will be able to piece together the events and motives behind the game’s world history that shapes their daily gameplay, until they understand the bigger picture and ultimately become a force to change the future ofSEVENCORE’s universe.

SEVENCORE’s gameplay will feature in-depth customisation of characters but has a unique emphasis on mounts, offering players the chance to ride both animal and mechanical variants. Players will engage in combat via these mounts, harnessing a range of special abilities they grant as players level up, as well as a variety of exciting options to suit the player’s personal style.

SEVENCORE’s distinctive fusion-fantasy art style will set the game apart visually from every other MMORPG. Each race and faction draws on their cultural diversity to bring unique spells, armours and weapons to players as they charge into the accelerating conflict that threatens the game’s world.

“We are excited to partner with Noria on SEVENCORE. The studio is full of very talented people, and we are working symbiotically with them to deliver an extremely rich and fun experience to the European community,” said Nicolas Pajot, COO, Gala Networks Europe. “SEVENCORE is one of the most promising projects we have ever worked on and we are certain it will be a huge amount of fun for players when it launches.”

Kanye West to perform at Call of Duty XP