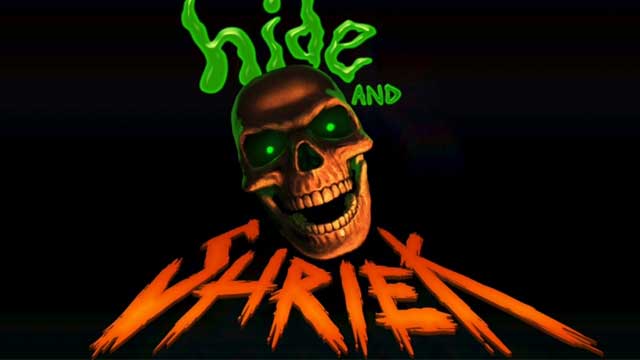 Last year for Halloween, Funcom released a small game called Hide and Shriek where two players could run around scaring each other.

It was a small experimental game that won’t keep you playing for months but it does have a certain novelty factor as Executive Producer Scott Junior explains.

Hide and Shriek was an experimental game for Funcom. It was a smaller-scale project that allowed our North Carolina studio to get to grips with the Unreal Engine, but it also became quite a hit among the players who jumped in when we released it during last year’s Halloween. Our hope is that by now going free to play there will be many more gamers to play with, making it easier to quickly find and get into one-vs-one multiplayer matches.”

The game has the simple premise of laying down traps for the other player that will make them jump out their skin. The catch? Both players are invisible which just adds to the tension as you scan around for signs the other person is been present or has recently been in the room.

Last year Tim and I jumped in to see what it was like and you can view the horror below.  If you like what you see then pick it up for free right now.

Win a copy of 4X strategy Stars in Shadow