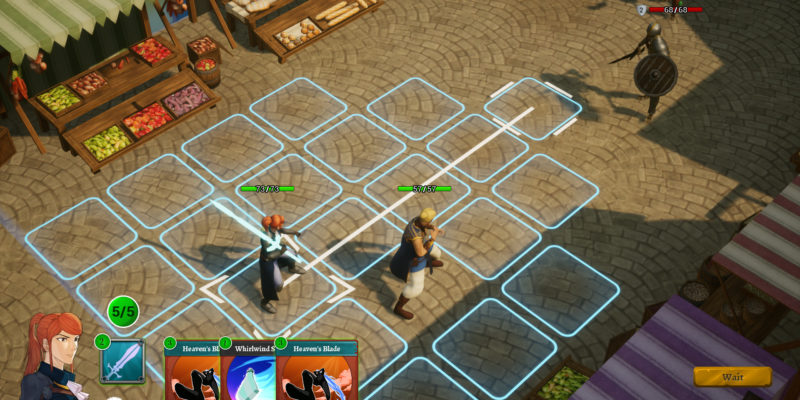 There is no shortage of great tactics games available on PC. From serious strategy games like XCOM to comedy-centric titles like Worms, it’s a vast genre that covers all sorts of tastes. Now it’s about to grow even larger with Grand Guilds coming to Steam on March 26.

In its new release date trailer, developer Drix Studios has given us a showcase of the upcoming game. At first glance, its inspirations from the likes of XCOM‘s turn-based combat are obvious, but Grand Guilds is by no means a clone. After all, it takes inspiration from various collectible card games out there and puts an unusual focus on deck building.

Each character uses a skill deck that determines their abilities and signature attacks. By tweaking your deck and rotating in new cards, you can completely change how a character fights. Managing your hand and not wasting cards is crucial for success.

As for what you can actually do, Grand Guilds will have both an expansive main story and replayability. The story sees Eliza return to the city of Ozryn only to see it is under attack. It’s up to Eliza and her guild to investigate the attacks and find out the cause. However, there’s a deeper narrative to discover as the continent of Irin edges toward a brutal war.

As for replayability, guild quests are procedurally generated missions that yield various rewards upon completion. Most notably, you’ll be able to use them to build up the guild’s reputation to earn combat bonuses.

Grand Guilds has come a long way since its initial 2018 Kickstarter. After failing to get funding at its first attempt, Drix Studios tried again seven months later and managed to raise over $30,000. The original goal of September 2019 may have been missed, but the indie developer still ensures they will finish the game “no matter what.”

Ori and the Will of the Wisps review — Progression difficulty