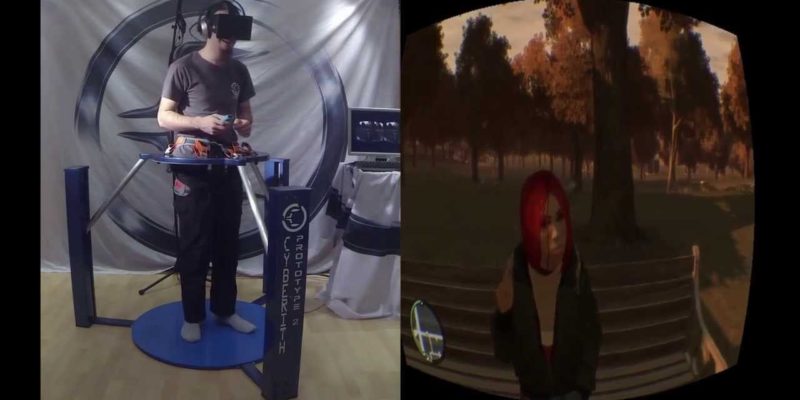 Grand Theft Auto 4 in VR has been demonstrated in a new video by the developers of the Cyberith Virtualizer treadmill.

The video shows the treadmill in action with GTA 4, a Wii controller and an Oculus Rift and it’s pretty impressive stuff. Using the treadmill and an Oculus Rift you can walk about, and when coupled with the Wii controller there’s also interaction with people in the game world. By interaction I mean waving, and in true GTA style, punching the characters in the face before legging it from the cops.

The Cyberith Virtualizer includes up and down body movement so in the video you’ll see that it’s possible to place the body in a sitting position when driving around in GTA 4 to make an escape. At least in VR it keeps the crims off the streets.