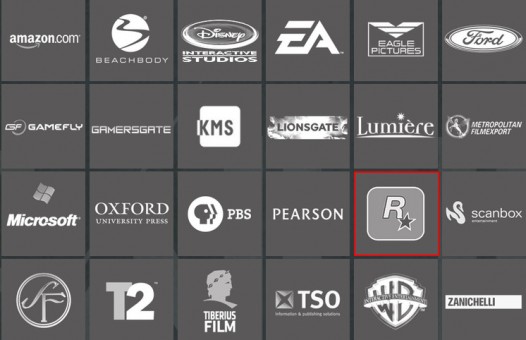 Rockstar will be doing everything to keep Grand Theft Auto V uncracked and Denuvo DRM looks to be on the cards.

Update 7 November: Denuvo has issued a direct denial, stating that the company “is not in any way involved with any version of GTA V.” The rest of the original story follows:

It’s emerged that GTA V on the PC may utilise the Denuvo DRM system which has so far kept a few recent games from being pirated, most recently Lords of the Fallen and FIFA 15. As well as playing the game through Steam it looks like this additional “check” could be put in place.

The Denuvo website was updated earlier and the “Who we Work With” section now includes Rockstar (see above).

The GTA V community has now become concerned about how the addition of Denuvo will effect modding for the game post-release and whether it will only apply to GTA Online and not the single player game.

The most recent release to utilise Denuvo was Lords of the Fallen which was not unscathed by the addition of Denuvo. Developer CI Games has had to address crashing and stability issues which have apparently caused by the Denuvo DRM system.

DRM is always a hot topic but I think most PC gamers would welcome more piracy protection for the platform as long as it has no impact on stability and usability such as always having to play online. Realistically, there’s probably little chance of that happening with DRM.

The Flock gets a new asymmetrical trailer