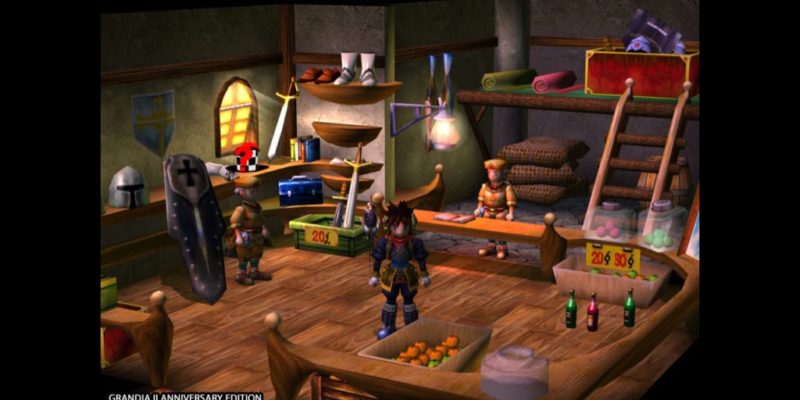 Yet another aging JRPG has made its way to the PC in updated form: Grandia 2.

I’m kinda thrilled that Japanese developers and publishers have decided that the PC is a pretty good place to stuck up their older works for posterity. I mean, I can’t imagine we’d have ended up with Hyperdimension Neptunia, Akiba’s Trip, or Way of the Samurai 4 without this.

The latest game we’re being blessed with is Grandia 2: Anniversary Edition. Grandia 2 actually did get a PC release back in 2002, but this version is based around the technically superior Dreamcast version and offers a bunch of little extras. There are some visual upgrades, an additional difficulty level, support for Japanese voices, support for gamepads, and a whole bunch of little Steam add-ons like trading cards, achievements, and cloud saves. It’s also purchasable on GOG, but obviously, you won’t get the Steam benefits if you buy it there.

You can pick up Grandia 2: Anniversary Edition for $14.99 on GOG or £11.24 on Steam, courtesy of a 25% launch discount. Having never played a Grandia game, I have no opinion at all on whether it’s worth the money. I suspect a few of you will remember the game fondly, though.

Barkley 2 teaser trailer is everything you could wish for, plus Al Bhed