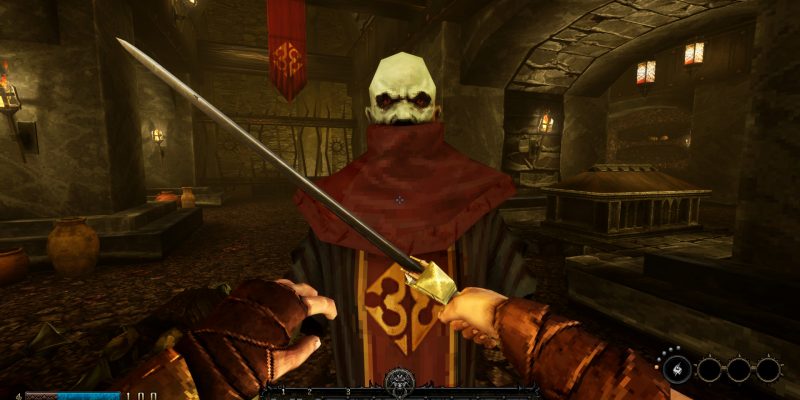 Devs and publishers have had a lot of success by having retro-styled first-person shooters launch into Early Access. 3D Realms, the makers of such classics as Duke Nukem 3D, has already dipped their feet in that lake more than once, with such excellent games such as Iron Fury and Wrath: Aeon of Ruin. Not content to rest on their laurels, it’s just released their newest title. Graven has just had its launch and is live in Early Access on Steam, Epic Games Store, and GOG. I’m quite curious to try the game for myself, but it looks like the company may very well have done it again.

Unlike most similar titles, Graven isn’t simply about blasting everything that moves. There’s plenty of that, sure, but the game is also a puzzle game. That’s not to say that you should expect less combat, though. It’s set to have over 30 enemies, as well as an extensive collection of creative weaponry on display. The game begins with your character arriving in a mysterious land by boat. Upon disembarking, they’re given a staff and book. What follows is inspired by immersive sims, which presses you onward to explore the mysteries surrounding the world around you.

Graven promises a certain degree of non-linearity. You can return to earlier areas and find new things by utilizing newly-acquired abilities. There’s also a blacksmith that’s happy to upgrade your weaponry. Weapons include a flail, a wrist-mounted crossbow, and a launcher that shoots explosive peat. That’s certainly one way to kill the hell out of something. The game is currently selling for 10% on Steam, which will run you $22.49 USD. Graven is set to be in Early Access until 2022, so there’s still quite a bit of work to be done, even if the first part of the game is included. We’ll hopefully have a closer look at the game sometime this week, so keep your eyes peeled.