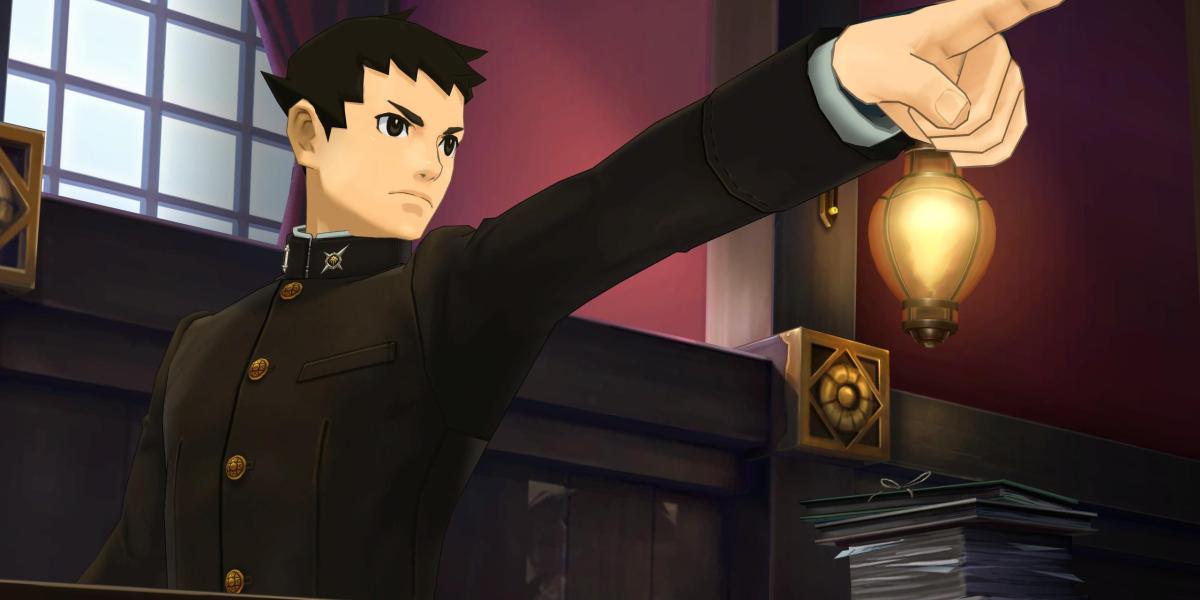 I’m still mildly surprised that The Great Ace Attorney Chronicles is actually getting a western release. This always seemed like the one part of the Phoenix Wright/Ace Attorney franchise (Edgeworth sequel aside) that we’d never see. The fanbase has long discussed the rumored reasons for this.

Its use of real-world countries kind of messes up the Ace Attorney localizations when moving the games from Japan to America. Plus, the time period of late 19th/early 20th century means that there’s a fair bit of casual racism. And, of course, there’s the presence of Sherlock Holmes, which means copyright issues abound. But! Capcom has finally given us what we asked for, and Dai Gyakuten Saiban 1 and 2 are launching in just under a month, in an anthology titled The Great Ace Attorney Chronicles. Naturally, I filed a petition to the Court of Capcom to get at the look at the evidence for myself, and — happily — it sent me over some hands-on codes. I’ve written my findings here in this Great Ace Attorney preview, and if it pleases the court, I’d ask you to look over them.

Yes, The Great Ace Attorney Chronicles is still very much Ace Attorney. The basic elements of the series haven’t changed much over the years. Instead, Capcom has simply refined mechanics and tacked on little additions to keep things fresh. You still investigate dreadful crime scenes, question bizarre and memorable witnesses, and get yourself neck-deep in absolutely impossible court cases that you’ll turn in your favor through a mix of bluffing, puzzle solving, and some stunningly clever deductions. All of this is animated in a gloriously over-the-top fashion. You have theatrical desk-slams, anime speed lines, and physical reactions to damaging statements that would honestly feel right at home in a fighting game. 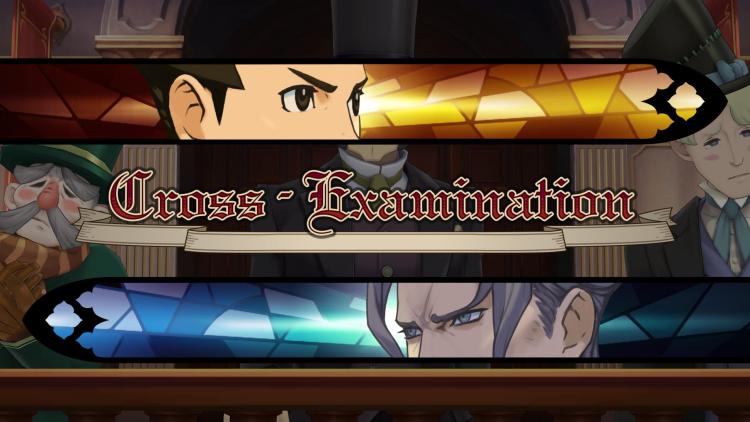 Absolutely none of the ludicrous flair for the dramatic has been lost.

If you haven’t played an Ace Attorney game before, then firstly, shame on you. Go rectify that. But secondly, while they’re often considered adjacent to visual novels, they’re really closer to point-and-click adventures. Yes, there’s a lot of reading and talking, but there’s a large amount of brain-teasing as well. You won’t end up doing nothing but reading for an hour. You’ll prod around locations and attempt to figure out just what the hell went on, while presenting evidence and contradictions to make your case.

Again, Great Ace Attorney Chronicles doesn’t really change this up at all. The first case is pretty much the norm for a lot of these games. Our protagonist, Ryunosuke Naruhodo, has to defend himself in a murder trial in Japan. It’s a simple tutorial introduction to the basics of pressing witnesses and spotting contradictions. You’ll have figured out what went on long before the characters do.

The Crown vs. Ryunosuke Naruhodo

From there, the action largely shifts over to London. For a variety of reasons I’m not comfortable going into for fear of spoilers, Naruhodo makes his way to the center of the British Empire and very quickly becomes embroiled in English trials. This is where things start to change up a bit.

Pretty much every game in the series adds its own little gimmick to keep things fresh, but The Great Ace Attorney Chronicles adds three that I’ve seen so far. The first is that you’ll often have multiple witnesses on the stand. When one says something, one of the others may react in shock or discomfort, and you can then choose to pursue that witness instead. Simple, but neat. 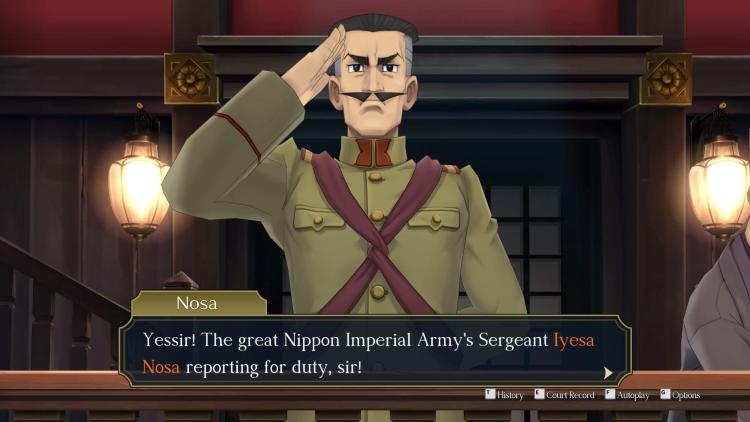 I’m not going to lie: this pun took me a second.

The second is the great detective, Herlock Sholmes (which is both a neat way of dodging the Sherlock Holmes copyright, and a much appreciated nod to Arséne Lupin versus Herlock Sholmes, which did its own copyright-dodging in the same way). This is somewhat analogous to the psyche-lock stuff from earlier games. Herlock will make deductions that are generally accurate, but with mistakes that very much throw off the conclusions. It’s up to you to swap out whatever mistakes he made for the correct answers. These fun little vignettes break up the investigation segments nicely, and you can see them in action in the E3 spot for the game.

Finally, and perhaps most importantly, we have the jury system. The in-game British courts have six jurors, each of whom quite literally tip the scales of justice as they lean towards guilty or not guilty. Should they all opt for guilty, you have a last-ditch attempt to ask for their reasonings and maybe pit them against each other to change their minds.

In the case that introduces this mechanic, it’s (again) mostly a tutorial thing. I’m genuinely curious as to how this will evolve in later cases and in the included sequel. Pressing witnesses is often enough to make jurors cast their vote towards the dreaded guilty verdict, and I wouldn’t be surprised if we end up with a few situations in which you’ll have to be very careful about which statements to press. 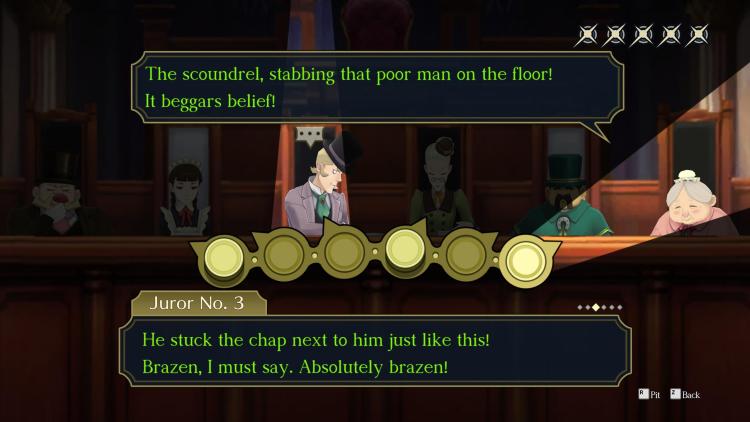 The jury stuff is another case of spotting the contradictions, but with a neat bit of extra flair to it.

Everything I’ve been able to look at is in the first of the two games in this anthology, so I can only guess at how this’ll change, or what new features the sequel will add. But these three changes alone are enough to give a very different and refreshing flavor to the traditional court proceedings by themselves — which is no bad thing, as I’ve held court (or rather, held up court) in six games so far.

The other thing that very much changes the flavor is the setting. Some aspects are just amusing little nods, like black-and-white photographs of crime scenes being considered jaw-dropping modern technology. Other aspects are equally flavorful, or rather more distasteful, like the aforementioned casual racism.

This isn’t a bad thing, per se. The inclusion, I mean. The fact that racism is a very bad thing shouldn’t need explaining. Seeing the smug British proclaiming their superiority over the “backward” people from some island in the east, and then smashing their prim-and-proper facades with contradictions and evidence? Delicious. Still, it’s likely uncomfortable for some. The veneer of politeness that gives way to a sense of superiority is something I suspect a lot of people have very much experienced. 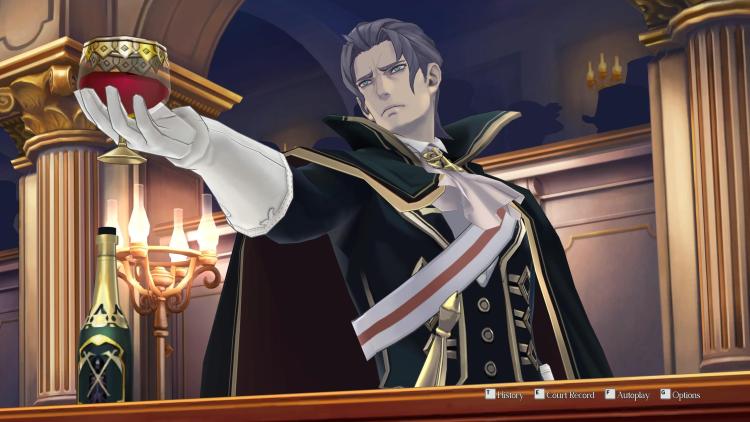 I’m pretty sure the British prosecutor is actually a Dracula.

But all told, I like the setting. I like the weird steampunk adjustments to things, like giant gears in the Lord Chief Justice’s offices, or Herlock’s goggles. I like that it has a very different feel in location to the definitely-America-and-not-Japan of the other Ace Attorney games. The jury’s still out on how the cases hold up and whether we’ll see anything as dreadful as that bloody circus case from Justice For All. Whether elements like the, uh, tone of the time are going to be addressed or if they’re simply set dressing, we’ll have to wait and see. But right now, I’ve thoroughly enjoyed the cases I’ve gotten my hands on, and I’m looking forward to seeing how Naruhodo’s career continues when The Great Ace Attorney Chronicles launches in July.