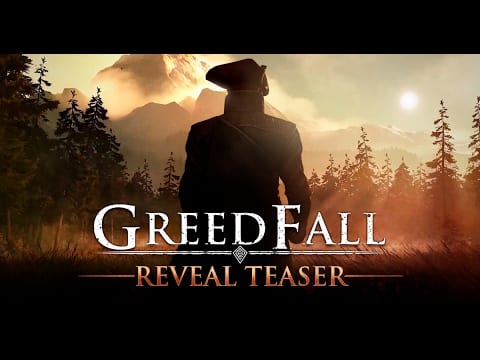 Spiders (The Technomancer, Of Orcs and Men), have announced their next RPG, slated for a 2018 release, called GreedFall. That name appears to refer to an island, where 17th Century European trappings meet the supernatural.

You’ll be joining other “settlers, mercenaries and treasure hunters” in this magic-seeped land, undertaking a grand journey for hidden secrets that will bring you into the middle of tensions between settlers and the native island inhabitants. There’s plenty of that in the teaser trailer (below) which depicts a thoroughly 17th Century looking gentleman hunting down an elfin local with a gun. That doesn’t end terribly well for either of them.

GreedFall is promising “deep character interaction” and “great freedom to achieve quests and objectives in a multitude of different ways”. Diplomacy, stealth, combat, and deception will all be on the table. The island is an ever-evolving world, and your decisions will have repercussions.

Here’s the teaser trailer, plus some concept art.