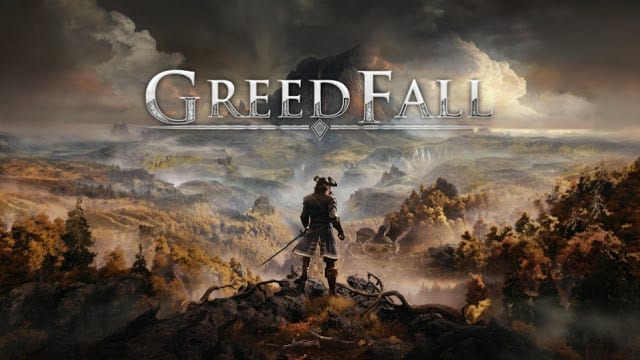 French studio Spiders first announced GreedFall back in 2017, and they intended to release it in 2018. We haven’t heard a whole lot about it since then, until it resurfaced during E3 2019 with a story trailer. Today, Spiders and publisher Focus Home Interactive released a new gameplay overview trailer. It showcases what to expect from this ambitious action RPG in terms of role-playing and combat systems.

You might know Spiders as the developer of mid-tier ARPGs such as Of Orcs and Men, Mars: War Logs, The Technomancer, and Bound by Flame. GreedFall seems to be a significantly bigger and more impressive game, reaching for AAA territory.

It features an apparently robust character creation system, quite similar to a typical Bethesda RPG. You can customize your looks and pick your starting skills, attributes, and talents. Players will be able to specialize or try a jack-of-all-trades build, if they wish. The game also promises a deep crafting system for those who enjoy customizing equipment.

GreedFall leads you on a journey to the uncharted island of Teer Fradee. This island has been spared by the Malichor plague, and it is a haven of wildlife, untampered by humankind.

The trailer highlights different ways you can approach combat. You can wallop your enemies down with heavy weapons such as maces, hammers, or axes. Or maybe you prefer a rapier for a more gentleman-at-arms play style with plenty of parrying and riposting. You could always go for a crowd control sorcerer, setting traps and dazzling your enemies with magic and illusions. This is all the typical fare you can expect from third-person action RPGs, but the combat does look nice and fluid.

There is, however, an optional tactical pause feature, which will allow you to play more strategically. It seems more suited for a sorcerer, though, at least in that trailer segment. Pausing seems it could be more awkward in action-oriented gameplay.

You’ll have companions and party members who will follow you into battle (and probably get in the way a bit). The trailer displays interactions available with these companions, including romance. There’s even some awkward phrasing about “ignoring someone’s needs,” which might involve not giving them enough… love. That might be funny, though.

Most RPGs these days promise to put player choice at the center so that your decisions will shape the world around you. Reactivity can be great in RPGs, but it’s often overplayed and not that impressive. GreedFall seems to veer into ELEX territory, where it looks like it will have great potential, but then it might have a rough launch.

GreedFall will release on Sept. 10 on PC via Steam, PlayStation 4, and Xbox One. You can already preorder from those platforms and also from the official website.

What do you think of GreedFall? Will it rise above Spiders’ past titles? Drop your comments below!

Call of Duty: Modern Warfare will have dedicated server support