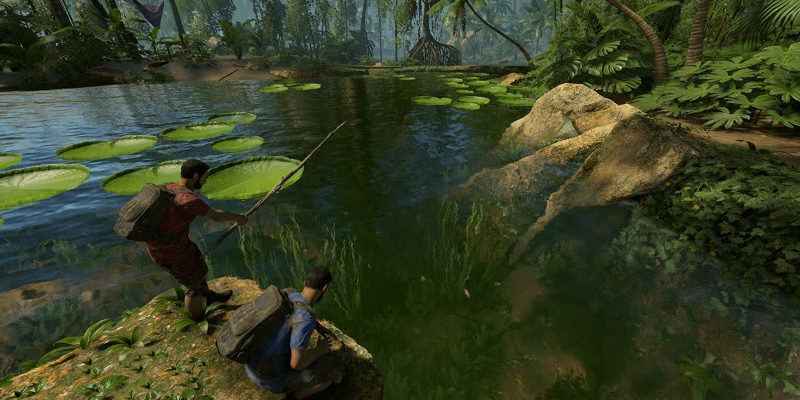 Green Hell is an open-world survival game that thrusts you into the midst of the Amazon rainforest. Like other survival games, you start out without food or equipment and are left to fend for yourself in hostile conditions. Things might be a bit easier now, though: Starting April 7, it’s getting a co-op mode that lets you play with up to three other players.

Get sick with a friend

Green Hell isn’t like a lot of other survival games. You aren’t taming dinosaurs or having sword fights or scrounging for ammunition in zombie-filled towns. Instead, you’re simply dealing with thirst, hunger, disease, and the psychological stress of being stranded in the Amazon. There are also parasites and infections to worry about. The game’s survival system features amazing depth too. If you suffer any laceration wounds, you can utilize ants as stitches, which is a practice used in places around the world without access to healthcare. There are plenty of other examples of real-world survival techniques, ranging from hunting to shelter-building to cooking.

Luckily, when co-op mode launches next month, you’ll have some friends to help you out. Fish together, hunt together, and gather life-saving plants together. Each player will be assigned a different voice and clothing colors to tell one another apart. You can also help remove leeches from your buddy’s body after you’ve moved through some brackish water. The co-op update is not the first big content add-on that’s come to Green Hell. The developers have been pushing out regular updates per the roadmap. The combat update added an armor and trap system to help protect yourself from predators. The animal update added more dangers, including a puma and the deadly Brazilian Wandering Spider, in addition to adding new plants and fruits. Now that the co-op mode has been completed, another surprise update is in store for later in 2020.