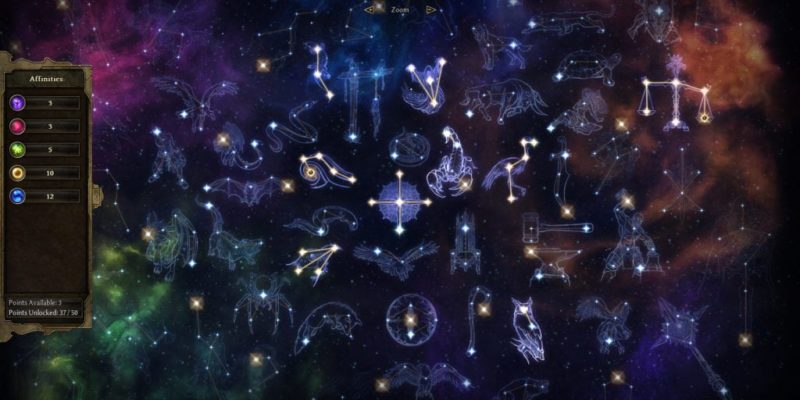 Crate Entertainment are introducing another layer of character customisation to their popular Action RPG Grim Dawn with the introduction of the Devotion System. 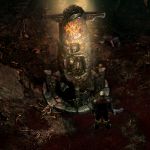 Scattered throughout the world of Cairn players will now come across special shrines.  These shrines are dilapidated or corrupt and will require the player to fix it or appease its spirit with an offering. Once restored the shrine will reward the player with treasure and, more importantly, a Devotion point that can be assigned to stars within a constellation map.

Devotion points can be assigned to stars within Constellations which are aligned to special affinities such as Ascendant, Chaos, Eldritch, Order and Primordial.  Each star offers a passive bonus such as those currently found on equipment such as ‘damage to resistance’ but also some that are unique to the stars.  These bonuses in turn afford the player access to 43 Secondary Effects, unique skills that have a chance of triggering when using spells and abilities from Masteries.  The Secondary Effects will increase in power the more they are used.

Up to 50 Devotion points in total can be earned from shrines but only if the player manages to play through to Ultimate difficulty so it will take some dedication to reach the cap.  Even then the 50 points will only enable players to fill up to 12% of the massive celestial map.  There will be much to consider when deciding where to put points these.

The new system will be rolled out to the early access in the near future.

Rocket League Getting Back To The Future DeLorean