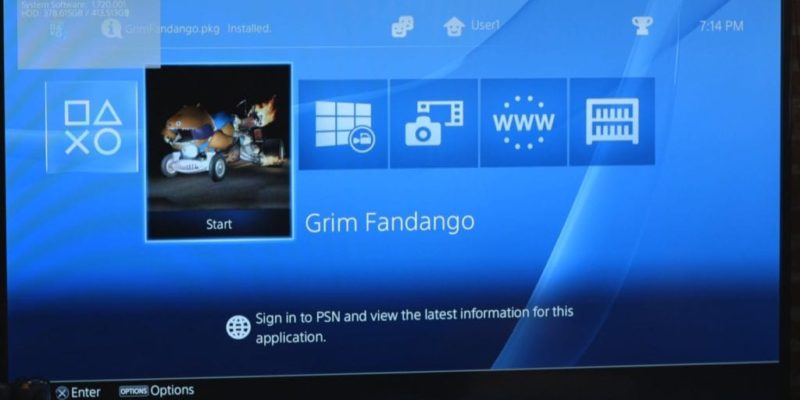 In a new ‘making of’ video for the remastered edition of Grim Fandango, Double Fine gives a broader idea of what to expect from the new version. Tim Schafer and the rest of the team involved in the remaster chat about some of the things they will include, and some they hope to add.

Point and click mouse controls are confirmed, thanks in part to the help of a Grim Fandango modder Tobias Pfaff who created just such a system for the original PC version of the game. Pfaff’s mod is being refined and improved upon for the remaster.

It’s also noted that it will be possible to play through the game with the original assets if desired.

Interestingly, Tim Schafer mentions that Peter Chan’s original storyboards were created with a specific aspect ratio in mind for the game, so it appears that this will be retained for the remaster. I’m not entirely sure whether this means playing it in a box rather than faking a widescreen ratio (the footage shown is certainly all boxy, but also not finished.) 1080p resolution is confirmed right after that section.

According to the video’s conclusion, the Double Fine team have received every bit of Grim Fandango archive material from LucasArts and demonstrate the superior quality of the original, uncompressed cut-scene assets (in contrast to the compressed versions the game shipped with.) Additional post-processing effects are mentioned as a possibility as well.

Have a look at the making of, below.

Top 10 Casual Games To Play On Your PC