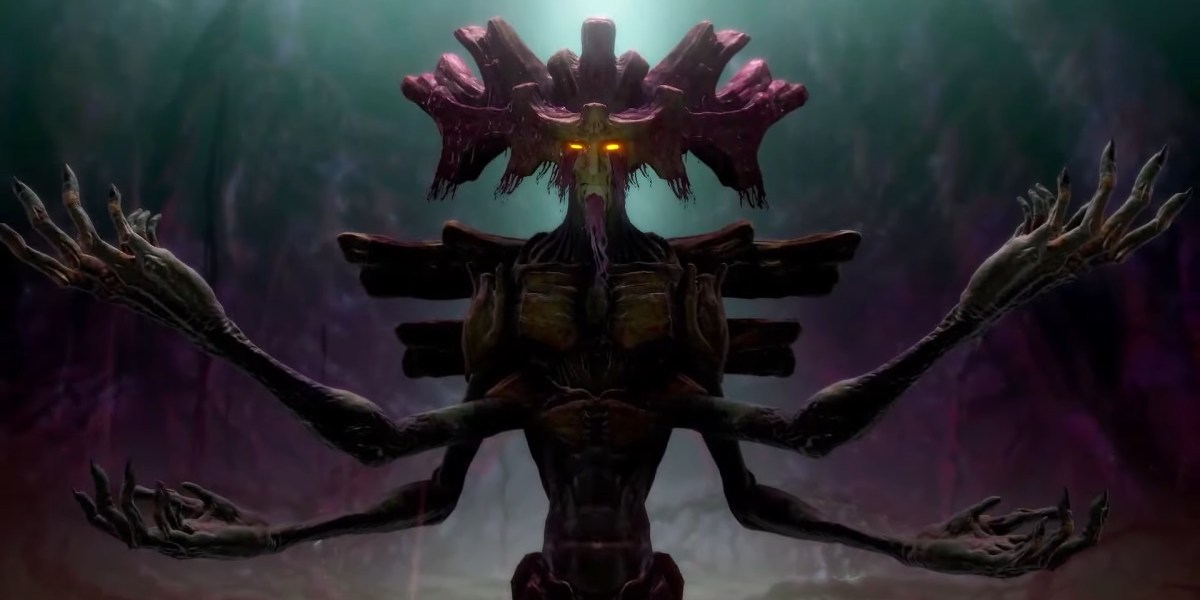 Grime, the unsettling Metroid-like that engaged and creeped out players last year, is expanding very soon. Developer Clover Bite has been hard at work coming up with ways to bring fans back to the grimy fold. And “more new things” generally is what does it for most people. Grime: Colors of Rot DLC has a release date coming up, and it’ll provide more weapons, bosses, abilities, music and a ton of other stuff.

Those who played Grime when it came out last year know its unusual charm. The game, which combined Metroid-like and Souls elements, was tough, gritty, but surreally beautiful. Bosses included monsters like a woman blended with a giant hand. It was odd, but that’s likely why it ended up becoming a fan-favorite of the genre.

Grime: Colors of Rot will add even more of what fans liked when the DLC reaches its December release date. The extra content includes a new, explorable region called Childbed. It’ll also include new bosses, a couple of which you can see in the new trailer, along with more weapons. On the latter note, the developer describes one new weapon, called the ‘Bowaxes,’ as a combination of an ax and a bow. I bet you didn’t see that coming.

But weapons and bosses are only the tip. The DLC will also include new abilities, traits, regular enemies, music, NPC interactions, and “hidden backtracking challenges.” Yes, that means going back to areas you’ve already completed will offer some sort of reward. You will also get an ability to do boss refights after killing the final boss. And, even though new content is great, the developer also promises performance upgrades and other “highly requested changes and features” based on player feedback.

Grime: Colors of Rot DLC will be available on December 15. If you’re diving into Grime (ew) before the DLC, be sure to check out our guides and features hub so you don’t end up stuck.