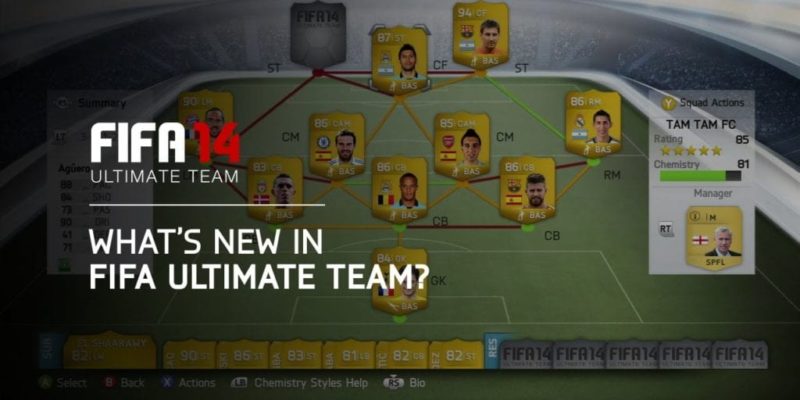 So, as we know, FIFA 14 is going to be worse on PC than on the new consoles. It’s a real shame that EA can’t be arsed taking the chance on enough people having decent enough PCs to run the Ignite Engine properly (especially when so many of us obviously do,) but that’s unlikely to change. If you are still planning to get hold of FIFA 14 on PC, you might want to know what’s happening with Ultimate Team this year.

Chemistry. Chemistry is happening. You can now apply dangerous science experiments to your players to alter their statistics and behaviour in a way that probably doesn’t comply with FIFA’s official ethical policies. Chemistry replaces formations and morale, by giving you a bunch of options on how you want your players to behave in a match.

The example given in the trailer (below) is making your striker a ‘Powerhouse’ and your winger a ‘Sniper.’ That suggests the FIFA team was sitting a bit too close to the Battlefield 4 one when coming up with names, but in effect tells your big man to hold up the ball and roll it to the onrushing winger who’ll try to pop it in the ol’ onion bag. That’s prime footy chat, there.

Online Single Matches return as an option, and there are also promises of a new, more user-friendly search interface.

Arise, sir Venice: Rise of Venice gets website and screenshots