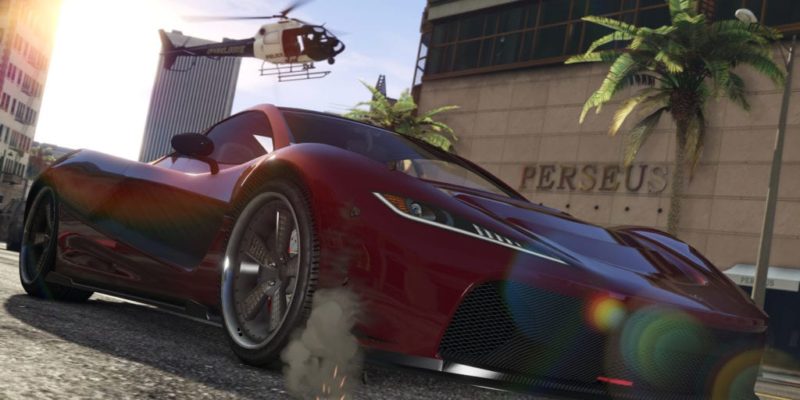 The blazingly fast Progen T20 is built from the ground up for quick getaways and street-tuning.

Following the release of the GTA 5 1.28 update players reported all sorts of framerate issues but the good news is this has been resolved with a “Title Update”.

“This issue has now been resolved with a Title Update. Please make sure you are connected to the Internet at boot to download and install the update.”

That’s the good news. The bad news is that this update may break some mods used in Story Mode. Rockstar explains:

“We also received some reports linking decreased performance when using Story Mode mods to TU 1.28. As mentioned previously, we are not actively targeting players using mods in Story Mode, nor are we explicitly implementing protections against them in-game. Our primary focus is on protecting GTA Online against modifications that could give players an unfair advantage, disrupt gameplay, or cause griefing. However, as a reminder, mods are still unauthorized and as such, Title Updates may cause Story Mode mods to behave in unexpected ways because they are not supported or tested, and players run them at their own risk.”

All mod users are aware they run them at their own risk but at least you know why the game may still be playing up if you’re using mods.