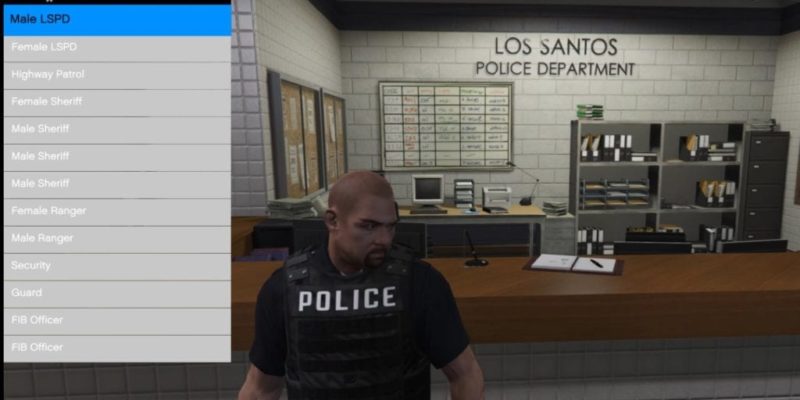 Sick of playing the bad guy? Want to be a cop and fight the crime instead of creating it? This upcoming SAPD:FR mod looks pretty good.

Based on the similar LCPD:FR mod for GTA IV, but not by the same team, a GTA 5 version called SAPD:FR is currently in the works which lets you play as the police. It’s also worth pointing out that the original LCPD:FR mod team are also going to be working on a version for GTA 5 although there is no release date for that as yet.

A very early development version, and I mean early, has been released after only two days work and you can download it from the mod’s temporary website.

The first video showing how it works demonstrates the kind of police gameplay the mod will bring to GTA 5 and it looks like it could be a blast. Pick a cop from a list of types, decide whether you want a partner or not, get in the black and white, respond the the radio calls and then hunt down the criminals. Once the crims are found there’s going to be a whole lot of shooting. This is probably not a mod that should be used for any real life police training.