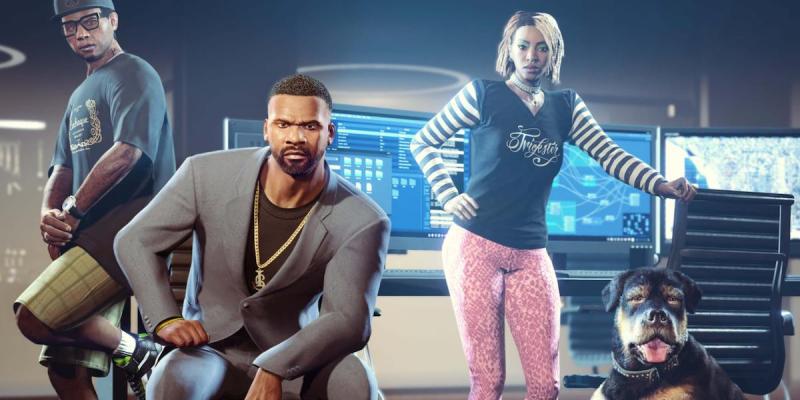 Rockstar Games announced the next update coming to Grand Theft Auto Online. Releasing December 15, The Contract features the appearance of Dr. Dre, as well as the return of Franklin Clinton. The Contract update for GTA Online features new missions set in Los Santos as you work for Franklin’s newly established “celebrity solutions agency.” Players will work alongside returning characters, and Dr. Dre himself, as they try to return his lost property.

This is exciting news for anyone who wanted to see the original protagonists of Grand Theft Auto V make a return. It’s especially exciting for players who were hoping to see some single-player DLC for the main game featuring Franklin, Michael, and Trevor. While this may not be exactly what fans were expecting, it’s still nice to see Franklin make a return to the game in some way.

This time, Franklin’s calling the shots

While Franklin had the least amount of experience in Grand Theft Auto V, times have changed for the character. Now, he’s the one calling the shots as players join his new enterprise. His company F. Clinton and Partner needs a new high-profile client, and an established partner to work with. This is where both Dr. Dre and the player come into play in this new update. Dr. Dre lost his phone during the events of the Cayo Perico heist, and now someone else has their hands on it. The problem is that Dr. Dre’s unreleased music is stored on it. So, now Franklin’s new agency is on the case to get it back in whatever way they can. 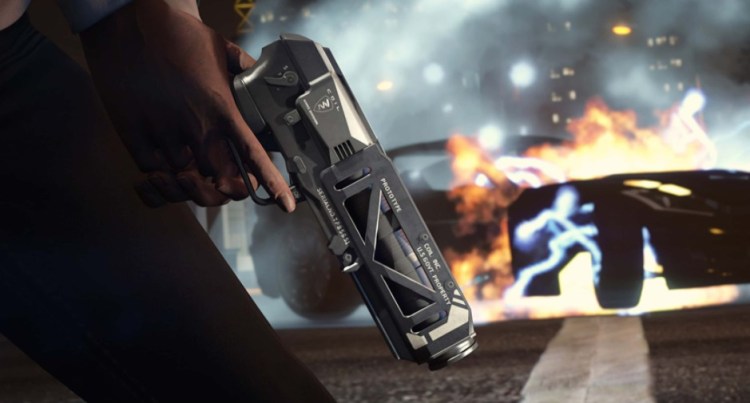 Expect to see some crazy missions and scenarios as you work with Dr. Dre to get his stolen property back. However, these new missions aren’t all that’s coming to the game. A new weapon, the Compact EMP Launcher, has been revealed. While it isn’t clear what it can do exactly, it’s a pretty safe bet that it can disable vehicles with an EMP blast. There’s also a flashy vehicle on the way called the Enus Jubilee. This new set of wheels is a souped-up SUV that seems perfect for ferrying celebrities to high-risk heists. Then you have the Debauchee Champion, another flashy sports car that’ll surely be of use in high-speed situations. With the update, players will be able to explore Franklin’s Agency building, as well and say hello to the adorably vicious Chop once again.

Rockstar Games teased even more weapons and vehicles coming to this new update, but it hasn’t revealed anything more on that front just yet. They also teased the addition of a new radio station, as well as the inclusion of exclusive tracks from Dr. Dre himself. Get ready for more mayhem with Franklin when The Contract update for GTA Online goes live on December 15.