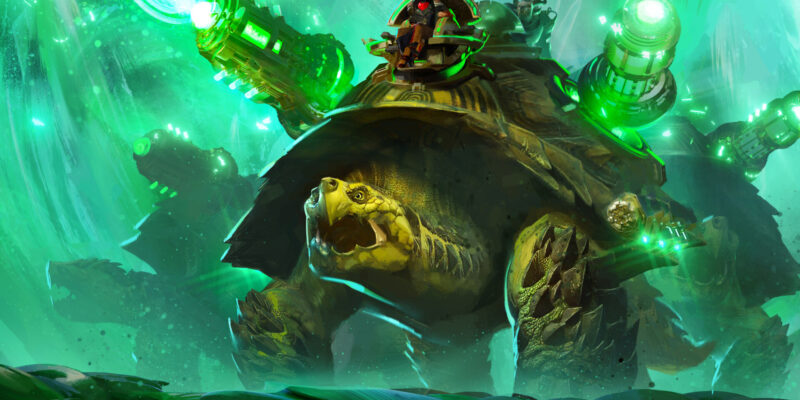 If you’ve been sampling the new Elite Specializations coming with Guild Wars 2: End of Dragons, or you just want to explore the continent of Cantha some more, you have one more chance to do so with the fourth and final beta. The beta gets underway from November 30. That’s tomorrow if you’re reading this on the day of publishing. It will run until December 4.

The one new piece of content coming to the final Guild Wars 2: End of Dragons beta is the Siege Turtle mount. It’s a co-op combat mount that uses jump jets to reach high places. The second player on the mount sits in the gunner seat and can fire on enemies using the jade tech cannons. It’s kind of a walking, flying, ground smashing munitions monster. If you missed the trailer for the Siege Turtle, you can check it out here.

The main attraction for the closed beta, certainly for me anyway, is getting to try the new Elite Specializations some more. With nine to choose from, it’s going to be a tough choice between sampling the ones I haven’t had a chance to play yet and exploring more of Cantha. Thankfully, you’ll get new character slots to create max level and well-geared characters during the beta.

If you haven’t seen any of the new Elites yet, you’re in for a treat. A lot of them have a playstyle that is significantly different from the previous Specializations. The Elementalist Elite, called the Catalyst, uses a great hammer. The Assassin’s Specter Specialization can utilize shadow magic to support. The Bladesworn Warrior gets a massive gun-blade. And the Engineer Elite, called a Mechanist, can summon a mech to fight for it. Below is the new sizzle trailer, which gives you a brief glimpse at all the new Elites.