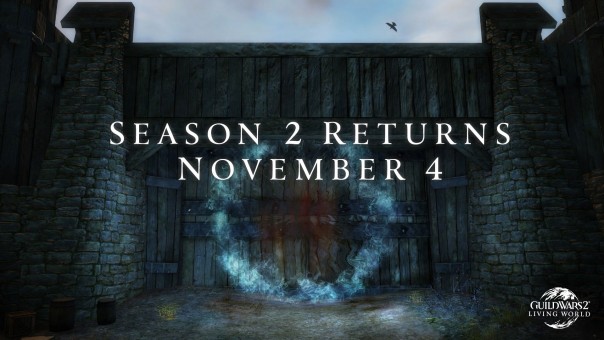 After a short break the Guild Wars 2 game updates will return for the second half of the season.

The Elder Dragon Mordremoth is still up to no good and this season players will attempt to tackle Mordremoth head-on. The secret to Mordremoth’s downfall could “lie in a vision delivered by the Pale Tree moments after she was badly wounded by the Shadow of the Dragon” according to ArenaNet’s press blurb.

Exciting stuff if you’ve been keeping up to date with the game updates. Other than the above teaser image which indicates there could be another new zone added,  there’s not much else to report. We do know that the story continues on 4 November and there’s likely to be a few developers updates covering the content in the weeks ahead.