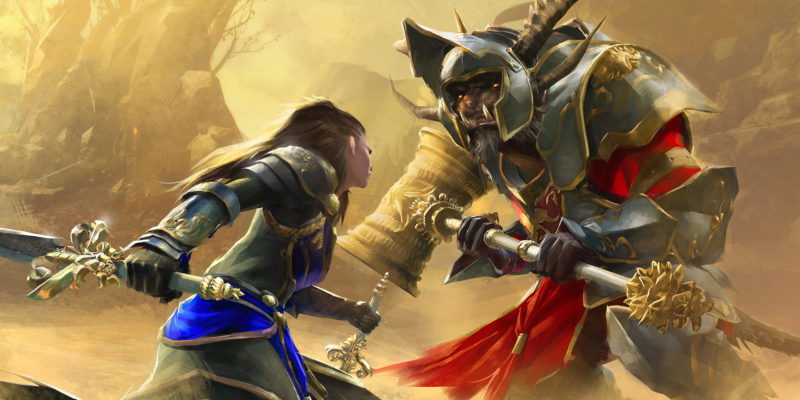 Call to Glory is Guild Wars 2‘s content update for February. With it, ArenaNet is encouraging players to dive into structured PvP and WvW (World vs. World) battles. The update adds Swiss Tournaments and mini-seasons to PvP, a new Warlord’s Armor set, the first earnable mount skin in the game, and a ton of balance changes.

One of the criticisms ArenaNet has faced over the years is a lack of earnable mount skins. The only way players have been able to change the look of their steeds is by purchasing them with gems. And that means spending real-world money or a ton of in-game gold. Until now.

The Guildrider Warclaw skin can be earned by participating in Guild Wars 2‘s World vs. World combat. This is a large-scale battle spanning many hours that requires players to work with their allies to capture, hold, and upgrade as much territory as possible. Just playing the WvW game mode will earn you points on your reward track, which will eventually award you with the Guildrider Warclaw skin. Well, assuming you’ve already unlocked the Warclaw mount through WvW.

The skin looks pretty amazing. It’s vastly different from the base Warclaw, too, which will give it some serious stand-out appeal.

Assert your dominance over other players

The Swiss Tournaments introduced to Guild Wars 2 PvP are automated competitions in which the number of rounds played is determined by the number of participating teams. Once the Swiss rounds conclude, the top teams will move on to a single-elimination bracket. The better you do, the more gold you earn.

As for the mini-seasons, they will run between regular PvP League seasons. Players can earn rewards, titles, and (of course) glory by taking part in these.

With the Guild Wars 2 Call to Glory update, players can also earn the new Warlord’s Armor set by taking part in PvP and WvW. 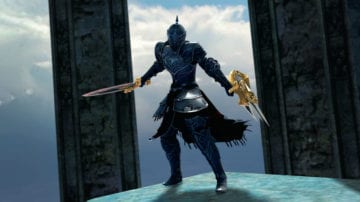 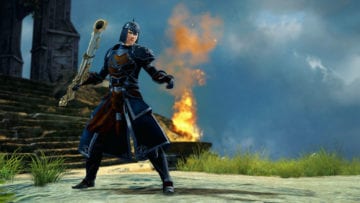 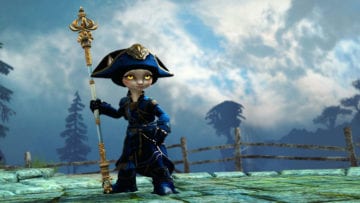 If you’d like to see all the balance changes that have been made, you can check out the complete Call to Glory patch notes on the Guild Wars 2 forum.