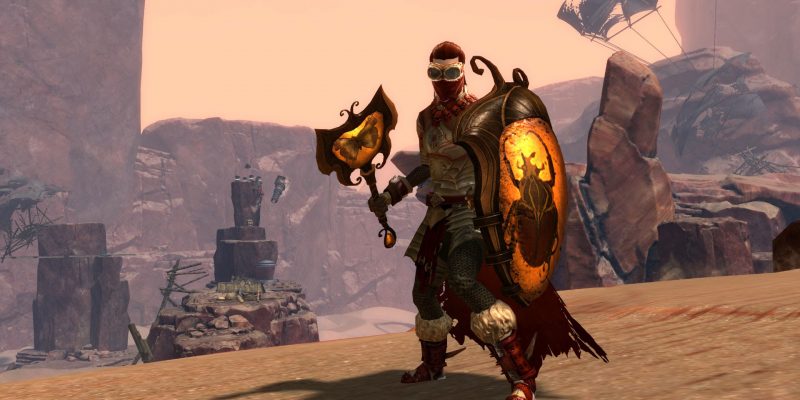 ArenaNet, the developer of Guild Wars 2, is delivering on its promise to release past Living World episodes for free in the build-up to the release of the upcoming  End of Dragons expansion. You can’t grab all the episodes for free right now though, as new ones will be released each week starting with today.

You have until May 31 to log in and get the first two episodes of Season 2 Living World. In Gates of Maguuma, a mysterious presence emerges in the Brisban Wilds and a Zephyrite airship inexplicably crashes. It’s up to you to find out what happened and stop a killer from claiming any more victims.

Entanglement has you follow a trail left by the notorious Scarlet Briar. Something corrupted her and convinced her to set plans in motion that could be devastating for Tyria. Check out the trailer below for a glimpse of what’s in store for you.

As new episodes are released each week, they will be updated with new achievements for players to tackle. These achievements are worthy pursuits for players who have already completed the episodes and for those who have not because they are your ticket to legendary rewards in the upcoming expansion.

If you complete all the new Living World Season 2 and 3 achievements, you will earn a voucher for a Guild Wars 2: End of Dragons precursor weapon. When the expansion launches, you can use the voucher to begin crafting your third-generation legendary weapon. You don’t need to complete the achievements during the week the Living World episode is released. They will be permanently available, so you can complete them at your leisure.

There’s still a lot more coming to Guild Wars 2 before the new expansion releases. You can check out the roadmap here.

Biomutant character creation guide — How to set up your character