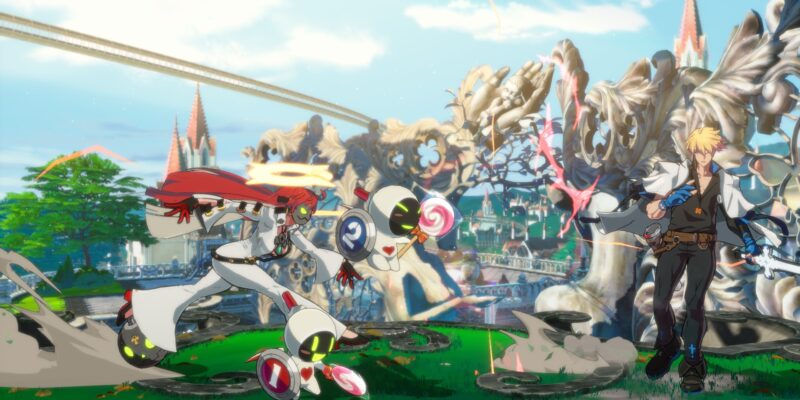 Guilty Gear Strive has been doing very well since its release earlier in the year. It has shattered records for the number of players online, helped in part by its fantastic rollback netcode. A few weeks ago, the first DLC character arrived in the game, known as Goldlewis Dickinson. Goldlewis started out as a character featured in the game’s story mode and has now moved on to become a fully playable character. This trend shall continue with the game’s next DLC character. Except this time, it’s a fan-favorite character. Jack-O’ is coming to Guilty Gear Strive, and there’s a brand new trailer out which shows them off.

The lore of Guilty Gear is vast and quite convoluted. It almost makes Kingdom Hearts seem comprehensible (almost). But for the uninitiated, Jack-O’ is an artificial lifeform fused with the consciousness of Sol Badguy’s deceased wife, Aria. If that sounds weird and confusing, welcome to Guilty Gear. Jack-O’ is a character that you either love or hate, as she was incredibly strong in the Guilty Gear Xrd series where she made her first playable appearance.

Jack-O’ is what is known as a “summon character” in fighting games. Similar to characters like Gargos from Killer Instinct, she fills the screen with minions or other objects and uses them in her gameplay. In Guilty Gear Xrd, Jack-O’ summons houses onto the field that her minions come out of. These minions attack the opponent from different angles and also interrupt their attacks. Jack-O’ also gains super meter when standing next to these houses. This strange, tower-defense gameplay style was actually inspired by Guilty Gear Overture, which is a weird, and not very good real-time strategy spin-off of the main series.

Jack-O’ was an incredibly strong character in Guilty Gear Xrd, a series with lots of air mobility, faster speed, and more intricate combos. Yet it stands to reason that in a game like Guilty Gear Strive, which is slower and far more ground based, Jack-O’ could still be incredibly powerful. He will be available on Friday, August 27 if you own the season pass. She will then be available for individual purchase on Monday, August 30. Along with Jack-O’ will be a new color pack for certain characters.

Guilty Gear Strive is available right now on Steam. Arc System Works has also confirmed that cross-play functionality is in development for the game. However, a date for when the feature will be available is still unknown at this time.

Microsoft Flight Simulator guide: How to use the GPS and autopilot systems