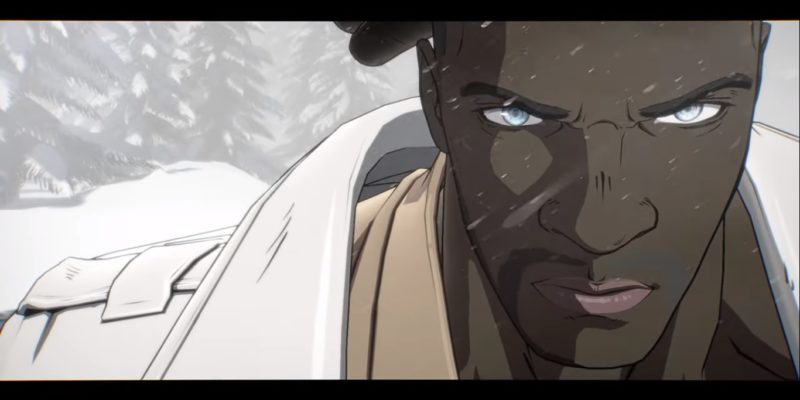 Today was the day for the Japan Fighting Game Publishers Roundtable. Game developers from all over Japan came together to discuss the state of fighting games. We knew we would also be getting some announcements at the event. But before going in we specifically knew for sure that Arc System Works would be showing off a new character for the upcoming Guilty Gear Strive.

Well, to our surprise we actually got two characters for the price of one. The trailer revealed Leo Whitefang, who first made his debut in the console version of Guilty Gear Xrd -SIGN-. He is a fairly new addition to the Guilty Gear series, just like Ramlethal who was revealed last month. In the trailer, we can see Leo’s redesign, as many of the characters in the game have received similar updates. Leo no longer has his regal, shining white knight armor. But instead, he is sporting a pretty cool looking leather jacket. He is definitely giving off some strong Terry Bogard from Garou: Mark of the Wolves vibes.

At the end of his reveal, we get the character basically everyone was expecting to be shown off. The armor-clad samurai who we first saw in the reveal trailer of Strive, and his name is Nagoriyuki. Sporting a very Bleach-like mechanized helmet, his gameplay looks extremely similar to Ragna from the BlazBlue series. Every time he cuts his opponent red energy flows off of them and into him. He even seems to have a command grab where he bites his opponent like a vampire. It is very possible that he absorbs life from his opponent with each attack just like Ragna does.

Strive is starting to take shape

The next piece of information we will see from Guilty Gear Strive won’t be until early October. The game is now officially at 12 characters, and I don’t imagine we will see that many more added. I would honestly be surprised if we saw more than 15. If so, it’s a good size for a game with such detailed and high-quality animation and extremely diverse characters. Strive was delayed until 2021, so maybe in October, we will also get some more news on that new release date.