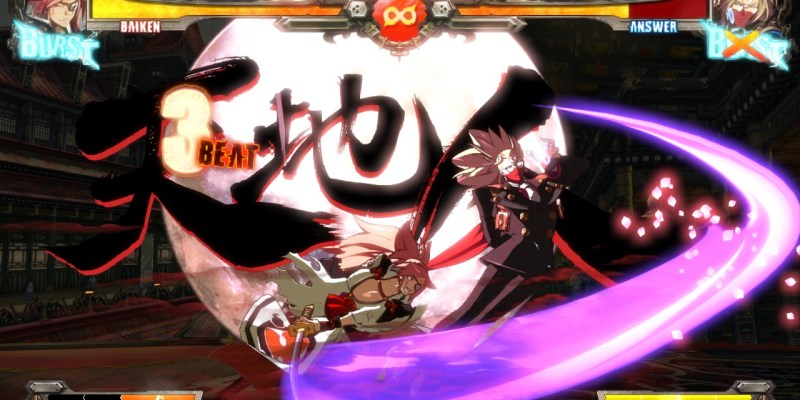 This weekend was CEOtaku, the yearly fighting game convention in Orlando, FL hosted by Alex Jebailey. Unlike the main CEO event in Daytona Beach, FL, CEOtaku is focused on the anime fighting game community. It’s where games like Guilty Gear Strive, Melty Blood, DNF Duel, and even the new JoJo’s Bizarre Adventure: All Star Battle R take center stage. And it’s also where Guilty Gear Xrd REV 2 fans got some good news about rollback on PC.

CEOtaku is also a stop on the ARCREVO World Tour, with invites to the finals going to the champions of Guilty Gear Strive and DNF Duel. So hype for the event was pretty high before it even started. To add to the excitement, the head of CEO, Alex Jebailey, had a special announcement for the crowd before the top-8 for Guilty Gear Strive began.

One of the most requested updates by the Guilty Gear community has now officially been acknowledged by Arc System Works. Guilty Gear Xrd REV 2, the game that preceded Strive, is getting a rollback netcode update — with a public test starting in October on PC. For those that don’t know, rollback is an advanced netcode system that allows games like fighting games, which require quick reflexes and precise timing, to perform well online. It’s the next step beyond the traditional delay-based netcode, which can make online experiences frustrating, unplayable messes.

More of that good rollback

With Guilty Gear Xrd REV 2 teched up, this leaves only Granblue Fantasy Versus as the outlier among Arc System Work’s most recent games that doesn’t have rollback netcode. Fantasy Versus runs on the aforementioned delay-based netcode, leaving much to be desired with the online experience. Not much info was revealed, but we do know that the first public beta test for the new rollback system will take place in late October of this year on Steam.

It was also revealed on Twitter that the team behind the recent Blazblue Central Fiction and Guilty Gear XX: Accent Core Plus R rollback update is behind this update as well. Considering how well those updates went, it is safe to say that REV2‘s rollback is in good hands.