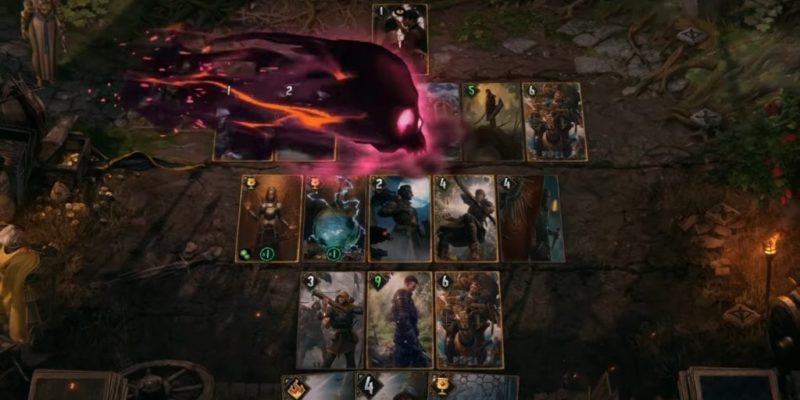 Gwent: The Witcher Card Game has officially launched today. Developer CD Projekt RED is celebrating the long-awaited release with a new update, called Homecoming. The latest trailer paired with the announcement shows off some changes to the game, complete with a visual overhaul.

Yes, it’s out, and hell, it’s about time. No, seriously. Gwent entered open beta way back in May 2017. For those without extra fingers, the beta has been running for a grand total of around 17 months now. It barely matches some early access games out there in the wild, but that’s still an impressively long time for what is basically a collectible card game.

Still, the release is certainly a welcome one. Gwent has seen some impressive evolution since it first made an appearance as a card game I gladly ignored in The Witcher 3: Wild Hunt. The Homecoming update doesn’t mess too much with the formula. It’s still about two opposing armies facing off on a battlefield, but the look of the game has changed. Now, it appears to match what we see in Thronebreaker: The Witcher Tales, with fully rendered leaders and artistic environments.

“Care For A Round Of Gwent?”

“Over these last months, the team went above and beyond to deliver a game that players can fall in love with, both for the first time and all over again,” added Tomaszkiewicz. “But that’s not the end of the road for us. Homecoming was made possible because of your feedback and we’re making Gwent for you, so never forget you can reach out and let us know what you think.”

Homecoming brings a visual change to Gwent, plus more. Faction leaders are fully rendered and animated in 3D. Ability cards have been given a fresh coat of paint, and they are matched with impressive visuals that add some much-needed pop to their use. CD Projekt also notes that Homecoming includes a new card type, called artifacts, which have special abilities and are difficult to remove. There will also be more than 30 new cards to add using the retooled deck building feature. 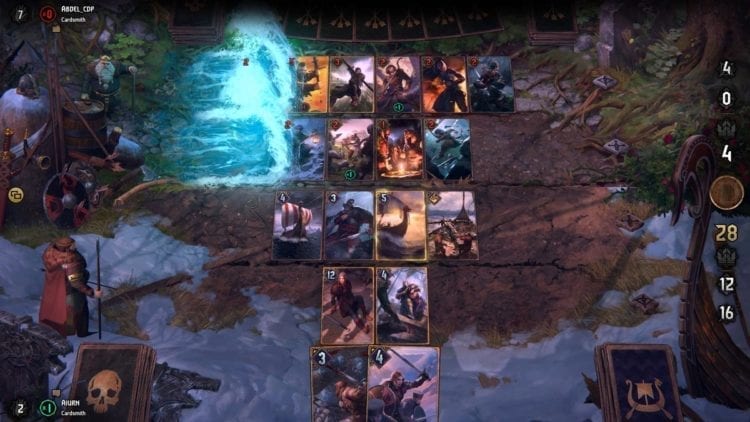 Finally, CD Projekt RED is offering players some rewards. First, they’re giving a commemorative player title to those who were a part of the beta. Next, for a limited time only, you can also claim a Launch Celebration Pack. Finally, the launch of Homecoming begins a new ranked season.

Gwent: The Witcher Card Game can be downloaded for free at GOG.com. For more on the game and the Homecoming update and launch, check out the official site.