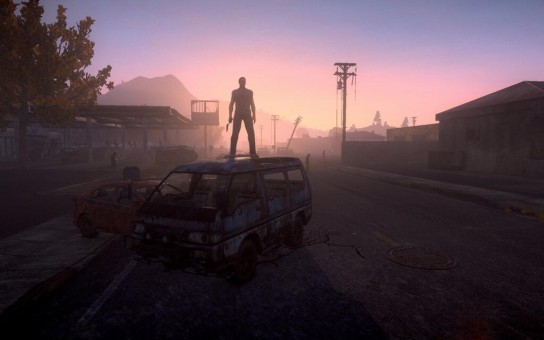 Are SOE trying to trick the H1Z1 players into thinking this is not a pay to win game? Not so say SOE.

Now that SOE has managed to get the servers stable after a slow launch last night, some players have complained about the game being pay to win thanks to airdrops which appear in the game.  Airdrops can be purchased by players but all  players nearby will see the drop landing and can contest for the loot.

What appears to be happening is airdrops are being called in and landing right above the player who called it making it impossible for other players to reach it and have a crack at the content. This has upset some players who are claiming that this is a pay to win mechanic because the drops are landing in a small radius and they also contain weapons.

Some Early Access backers are claiming they have been duped, although the Early Access welcome message on the official site (not the steam page) states that there are paid airdrops which will contain guns.

“We have made the decision to allow paid for airdrops into the game with things like guns and other things being randomly selected as part of the airdrop. We’re making them highly contested and building a whole set of rules around this, but you should be aware that our goal is to make this a way to keep things interesting on the servers but still be contested. If these offend your sensibilities just know that they are going to be there. We have gone out of our way to make sure the airdrops are contested in-game and that you can’t simply expect to easily walk about to the airdrop and grab it. Even if you paid for it.”

The reason players are upset now is because back in April last year, John Smedley had stated that ammo, guns, food, water and other consumables used to survive will not be for sale and no boosts will be sold that will impact consumables. Since last year they have obviously decided to change how items can be obtained in the world.

SOE’s John Smedley is not happy about this uproar from players saying that claims of SOE not being honest are “untrue to an extreme”.  He also says that if you think it’s pay to win then “don’t buy it. Don’t play it.”

His lengthy post on the matter reads as follows:

“I’m going to weigh in here on this subject. We’ve been showing it clearly in all of the streams we have been doing. I made a point of personally doing it during last Friday’s streams. We want them to be server events… so we make sure the whole server knows they’re coming and I’ve personally been killed many times after I paid for them myself. So I fundamentally disagree with the argument. In terms of us not being honest about it – untrue to an extreme. Quoting an 8 month old reddit post after numerous streams and interviews where we’ve been quite public AND putting it front and center in our “What to expect document” which was right on the purchase page just makes this blatantly unfair IMO. (here’s the link – https://www.h1z1.com/dev-updates/h1z1-what-you-can-expect-in-early-access) or you can just go back to the steam page. So if you think it’s P2W don’t buy it. Don’t play it.

“But I have to say wait until you’ve personally tried them before making the call. We included airdrops in both the $20 and the $40 versions just so you could see for yourselves. But to clear up the misconceptions – 1) You cannot call in airdrops until the servers are 1/4 full. 2) You can’t call in airdrops without generating a ton of zombie heat. 3) the airdrops are random in what they deliver. 4) you are not guaranteed to get a single thing out of the airdrop you called in. You could die trying and you’re out the money. 5) We fly the plane in very slowly and loudly.. we also stream green smoke from it you can see from very far away. This is all I’m going to say on the subject. We’ve been straight about it. We’ve called attention to it publicly and it’s something we’ve decided we want in the game. It makes it more fun. It can shake things up. Please don’t judge based on knee jerk reactions. Try it. Or watch more streams with people doing it.”

With H1Z1 being an early access title, players should expect changes and that’s exactly what will be happening with air drops. Smedley says that the radius of the drops will be dramatically widened, the chance of finding guns will be lowered, upping the minimum number of people on a server to even allow air drops (currently 50) which will be doubled, and finally reducing the speed of the plane.

Is this a WarZ scenario? I’m not sure any game could trump that, but this problem has arisen because of players buying in blindly, not finding the link to the update on drops, and SOE not clearly stating directly on the steam page (About this Game) what the crates can currently deliver.

SOE has also used Reddit as its main means of communication with players during development but they’ve ignored the fact there’s a lot of gamers who do not use or want to use Reddit as a source of information. This is just another reason some players may have missed the discussion on airdrops.

Smedley’s above response does indicate that changes will be coming which might calm the situation.

Update: Refunds are now being offered by SOE.

Saints Row: Gat Out of Hell’s launch trailer is an infomerical