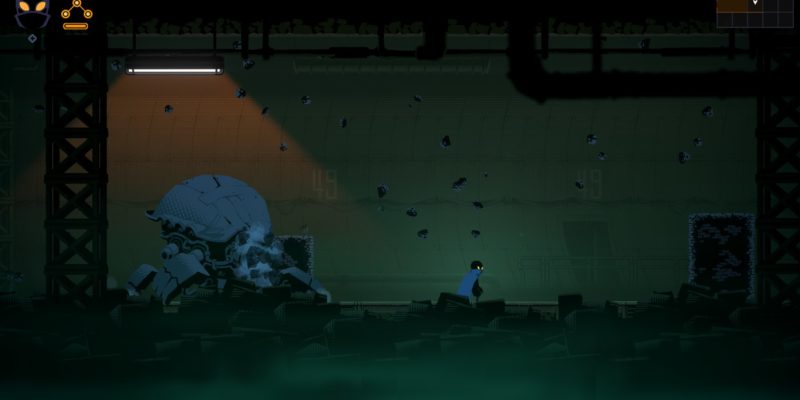 Some games immediately grab your attention, Early Access be damned. HAAK, a side-scrolling action-platformer with clear Metroid and Hollow Knight influences is one such game. HAAK enters Early Access today and claims to have three chapters of the final game included in the initial build. I’ve played through the available content and the question stands: is it worth it?

HAAK tells the story of our titular hero as he searches for his brother, Baak. Really riveting stuff. While scouring some ruins, he finds a watch that belongs to some guy whose avatar is the thinking emoji. The guy decides that the two of you will help each other for whatever reason and you set off on your way. There’s a fair amount of dialogue and some world building on offer, but there’s not enough of the game available for me to really dive any deeper here.

Despite what the other games I dropped might leave you to believe, HAAK isn’t set on a single self-contained map and is instead broken up into multiple areas. Within those areas, you gather new upgrades that allow you to reach places you couldn’t before in true Metroid-like fashion. These include such familiar staples as a dash and charge attack that also deflects enemy bullets. Using either temporarily depletes your energy, requiring you to wait for it to recharge before it can be used again. 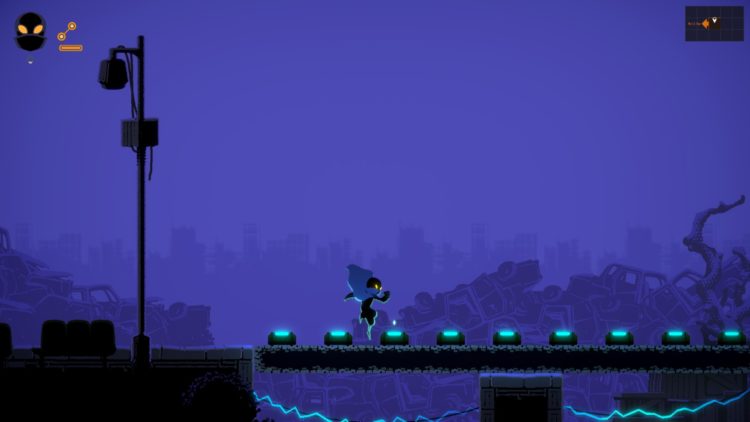 The available content in HAAK moves you forward in a fairly linear fashion. You start in some ruins and move towards a settlement before heading off towards a power planet followed by metro tunnels. The level design is done very well and all of the areas feel suitably unique with plenty of switches to interact with that will help you navigate environmental hazards and traps. One interesting section requires you to use moving boxes to shield yourself from lasers in order to turn them off. Another has you using a giant press to crush a large number of enemy robots so that you can hold down a switch and proceed onward without further harassment.

You don’t have access to any defensive capabilities at first and have to avoid enemies. It doesn’t take long before you find a way to defend yourself with a short melee combo and a hook that you can aim. HAAK controls fairly well for the most part, which is great as it requires some really precise platforming. Jumping and dashing are extremely responsive and utilizing the hook to launch yourself from grapple points works well too. There’s a bit of a delay on the melee attack that feels like it could be snappier, though. This is a fairly challenging game too, even if most of that is initially due to how little damage you can take. Three-quarters of the build has a very fair, manageable level of difficulty, though.

HAAK‘s initial offering is only two hours long, but I mostly enjoyed my time. That is, up until the last half hour or so, where the game completely threw out its previous structure in favor of an obnoxiously unfair trial-and-error section through metro tunnels where you’re constantly forced to restart segments due to copious one-hit kills. I liked the rest of the game but this part is kind of awful and it doesn’t help that the slightest hint of imperfect performance sees a large robot instantly kill you. This section goes on too long as well and left a very sour taste in my mouth. 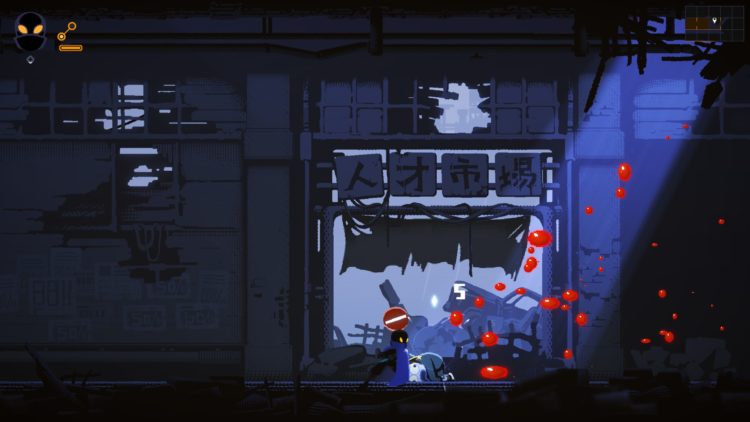 Since HAAK only has a couple of hours of content at the moment (plus any backtracking you do for goodies), it’s kind of hard to recommend immediately. That being said, it’s currently $12.74 USD, which will likely be a more than fair price for the completed game. In the end, it depends on if that brief runtime is enough for you and if that awful section in the metro tunnels isn’t enough to make you hold off on a purchase. This is certainly looking like it could be a good game, as it has a really strong graphical presentation, tight controls, and some interesting features. I’m not going to stop holding that metro tunnel section against it, though. 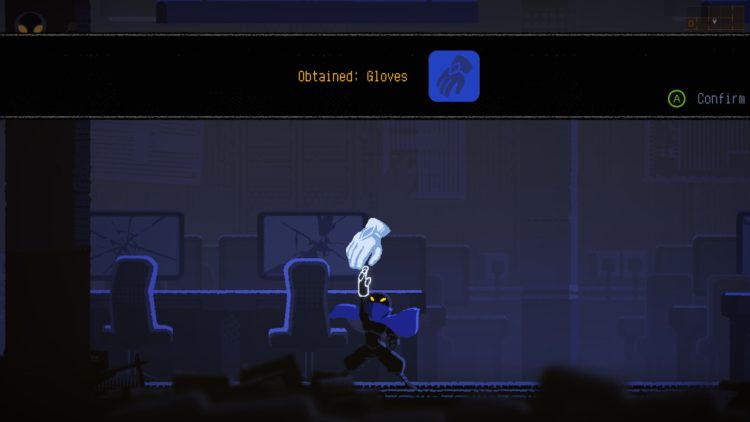