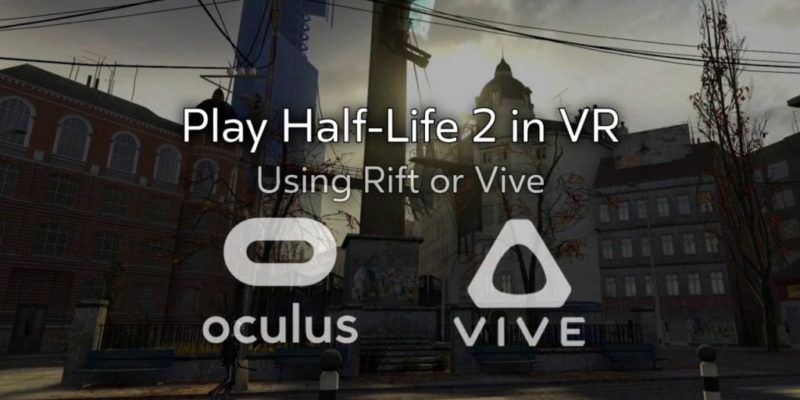 Half Life 2 is a classic and the community is in the process of bringing the game to VR.

Called quite simply Half Life 2: VR, the Greenlight page is now up and running and it’s not going to take long to get this greenlit. The mod will work with the HTC Vive and Oculus Rift when it eventually comes out.

The mod has been in development for a long time, it first appeared back in 2013 and had a stint on the Oculus DK1 as HLVR.  Valve never updated the Source Engine for the new modern Vive and Rift headsets so HLVR languished. Now it’s back which is fantastic news for VR owners.

This looks absolutely cracking with updated weapons for VR, updated visual features, a 3D HUD, manual reloading, enhanced effects and you can even smash the crowbar around. It also states that it’s compatible with other Source Engine games and mods.

Features being touted on the Greenlight page include: