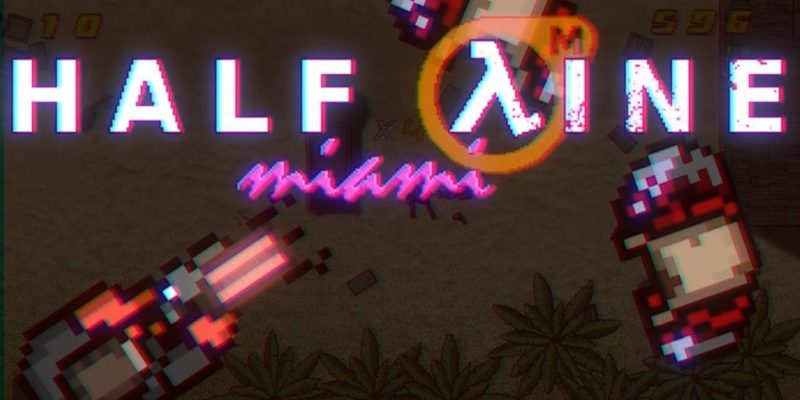 No it’s not Half Life 3 but Half-Line Miami has taken two super popular franchises to create an interesting fun looking mash-up.

Let’s clarify what Half-Line Miami is. It’s not a first person shooter using the Half Life engine and set in Miami, it’s the other way round. It looks like Hotline Miami with elements of Half Life.

The only weapon is the Half Life gravity gun and the developer Thomas Kole describes it as playing like “something in between” the two.

Kole says this has been an experimental project and it will be released for free when it’s done. Most of the game elements such as physics are done along with four maps, Point Insertion, Route Kanal, Water Hazard, and a bonus level. Running around the levels with gun shows how the game physics works with objects bouncing off walls one they been flung with the gun.

That’s not all though, a map editor is also being released.

So why is he doing it? Kole adds, “I’m trying to inspire some game developers to try and mash up videogames as an exercise in game development, maybe someone else will make that”.

Let’s not take this too seriously, it’s a bit of fun and it’s great to indie devs playing around with ideas such as this. If you’re a fan of both games then give the trailer a watch and check out the Half-Line Miami IndieDB page.

E3 2015: Beyond Eyes Is A New Experience in Gaming