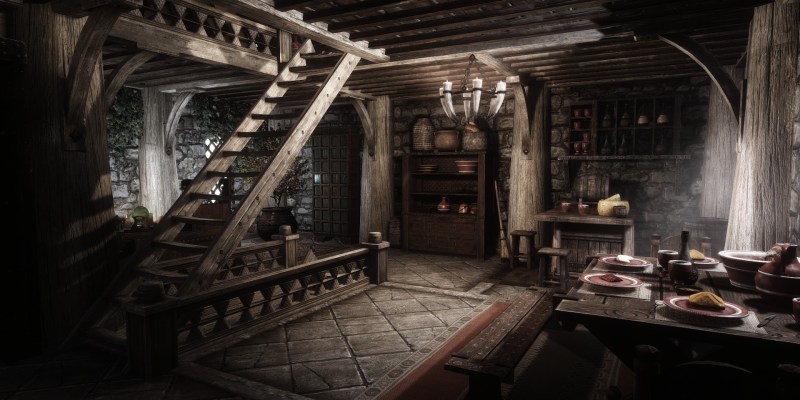 We’re at that point in the year when everyone decides that they need to play a scary game to feel like they’re in the spirit of the season. The problem is that all of those scary new games aren’t The Elder Scrolls V: Skyrim. Don’t worry… I have a way to change that. These Halloween Skyrim mods will help you create the most terrifying experience possible in the northern lands of Tamriel, so there’s no need to play anything else this Halloween.

All of these mods work together to create an overall more horrific Skyrim experience. You can pick and choose which ones you use, but I’d recommend every single one on our Halloween Skyrim mods list.

This first mod is a complete overhaul for the flora of Skyrim, as the name would suggest. It adds over 18 new types of trees and more than 65 new types of plants and grasses. It also makes the vanilla trees look much older, like they’ve been around for hundreds of years. Finally, the snow-covered trees are far more detailed. It’ll look like they’re holding up a substantial amount of snow when you pass them by. That’s all good, but we’re going deeper by adding this next mod on top.

All of those beautiful new trees are now gone. This mod replaces them with creepier versions, and it changes the entirety of Skyrim. What we were actually looking for from Skyrim Flora Overhaul was more trees to transform. With Dark Forests of Skyrim, there are now denser, scarier woods out there to explore. Moving between settlements has never been so terrifying. 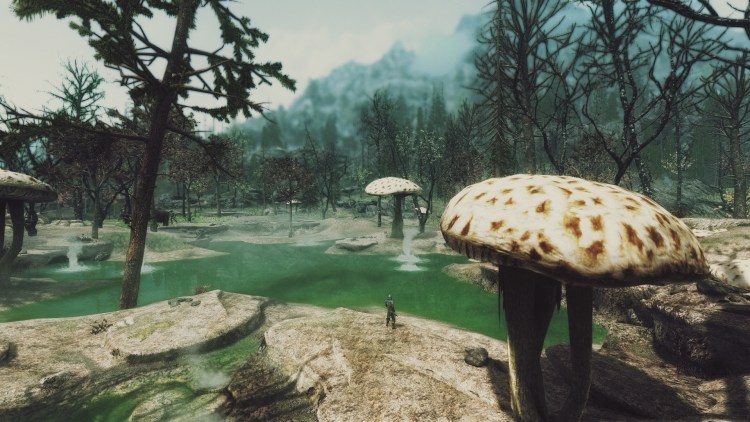 Okay, so now we’ve got a scary-looking forest in every blank area of Skyrim. Giant, dead-looking wooden structures have overtaken even the vanilla version’s lush forests, but the ground is still bare. With Northern Grass, you’ve got the best Skyrim grass mod on the market right now. It’s not that the textures are particularly high quality, more that the grass here is perfect for Skyrim in general. It maintains that cold feel the game needs and adds to the horror aspect by giving smaller creatures ways to hide in plain sight. To me, it also looks like undead could run out at you from the brush at any second. 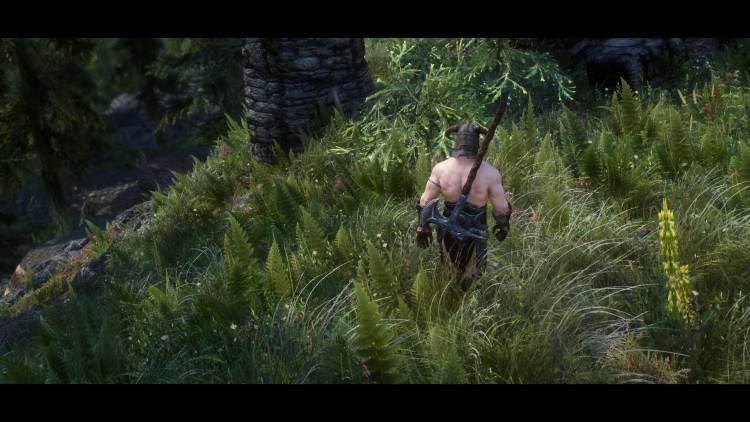 This is the top weather mod for Skyrim. With it, you can tweak the weather settings to be as spooky as you want. I’d suggest turning constant rain on and having as much fog as possible to help make the most of the next mod. 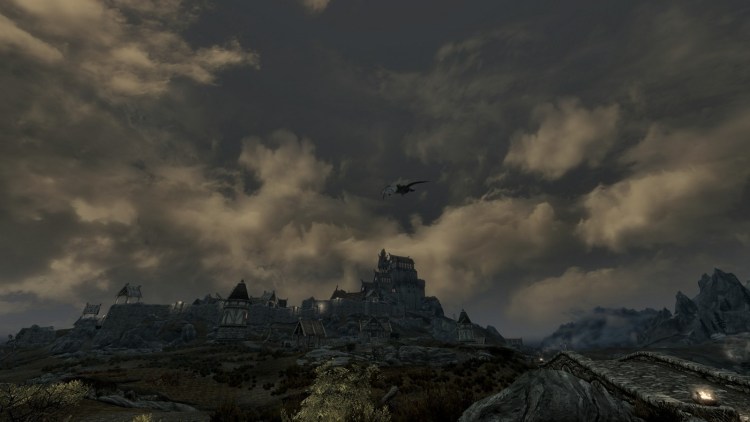 This mod makes Skyrim foggy, and I mean foggy. It’s the volumetric fog that really makes this mod come into its own. It’s like walking through a cloud so thick, you’d think it can actually impede your walking speed. I love the combination of this mod with Climates of Tamriel. At this time of year, it’s like taking a walking the English countryside. You can’t see five feet in front of your face, and your companions scare the living daylights out of you. 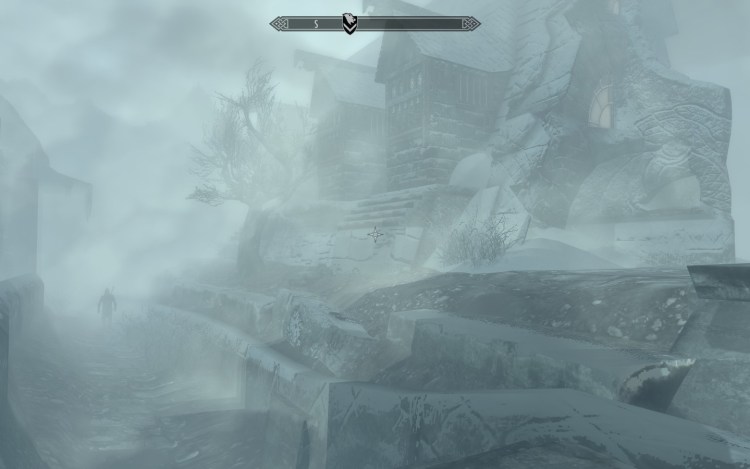 Most Skyrim mod lists have an ENB, and this is the one for our list of Halloween mods. Bleak ENB is exactly what it says it is: bleak. It transforms Skyrim‘s colors into ash, giving the game a much more washed-out look. It reminds me of the areas in The Saboteur that you had yet to liberate in the story. Every interior looks like the Baker house from Resident Evil 7, which should be enough to scare anybody. 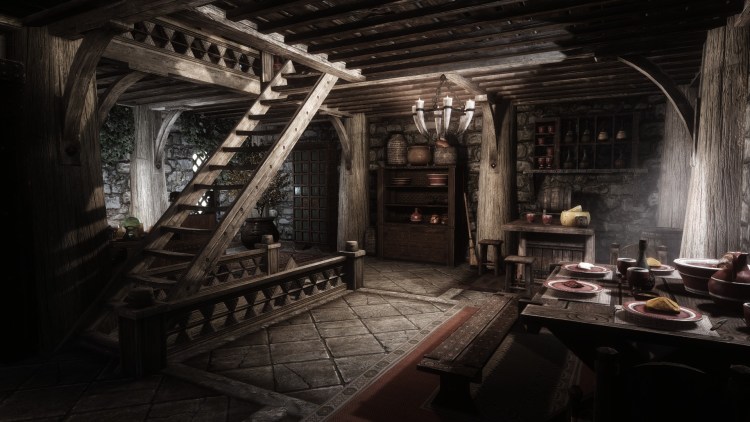 I wouldn’t be surprised if you gave this mod a miss, but it’s definitely one that makes the game scarier. It does exactly what you think it will, making the nights in Skyrim darker. Combined with Bleak ENB, nights are almost pitch black. That’s enough to force you to avoid exploring at night unless you have a torch. Even then, every enemy that pops out at you is going to be a jump scare that will send your heart rate racing. 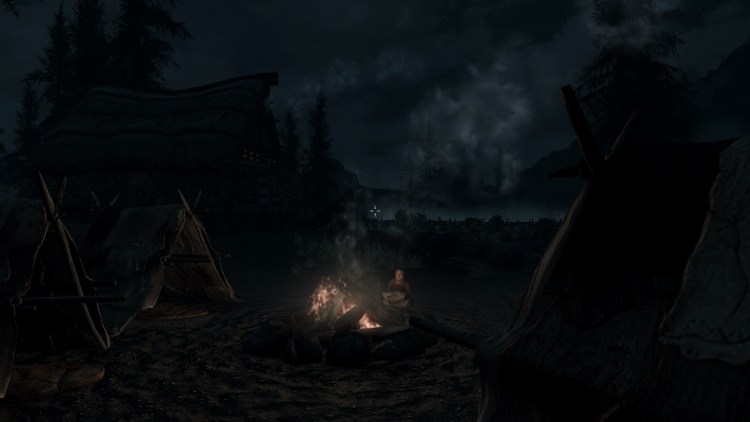 There’s a lot of stupid stuff in Skyrim. Whether it’s a guard talking about their knees or giants mashing people into the stratosphere, this mod is a not-so-gentle reminder that Skyrim is plagued by war. It adds bodies in places you wouldn’t expect, abandoned carts and graves, and even some soldiers swinging from the trees. This is enough to scare you, even though the corpses hold no real threat. 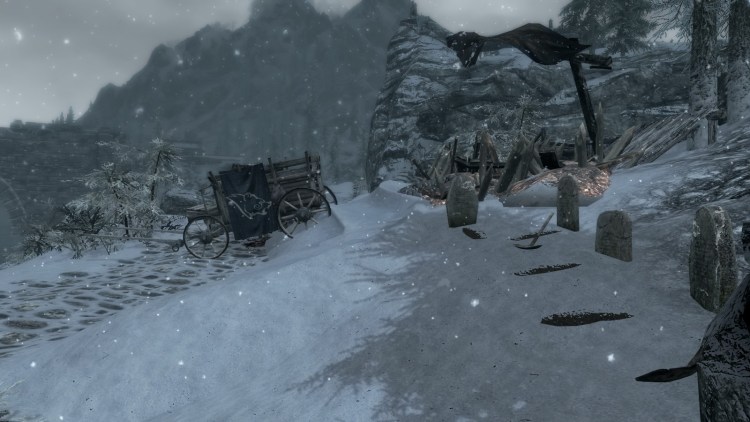 These Halloween Skyrim mods are specifically for the game’s audio. They’ll make the game scarier and more immersive as a horror experience without you even realizing it.

This mod isn’t anything special, but it does change the entire Skyrim soundtrack. Many of the songs are generally a little bit creepier, but it’s inside dungeons that you’ll experience the true horror.

This mod is a complete rework for all of the standard sounds in Skyrim. The sounds are constantly being improved with this mod, so keep an eye out to ensure you have the latest version. Everything sounds a lot more visceral, and that’s what you need in a horror game. The more you know that what you’re hearing is not your footsteps, the more afraid you’ll be.

Draugr are effectively zombies, but they don’t sound much like zombies, do they? This mod corrects that. It doesn’t make draugr’s sounds completely unrecognizable, but it makes them sound more like flesh-eating, undead monsters.

This mod is along the same lines as the one above. However, all it does is pull the sounds of Skeletons from The Elder Scrolls II: Daggerfall and put them into Skyrim. Those skeletons were terrifying; much better than Skyrim‘s versions.

This final section on our Halloween Skyrim mods list is about actual gameplay designed to scare you. While you can dodge these if the above is enough for you, I’d say you should give them a try at the very least.

This is a brutal mod for players who really want Skyrim to kill them. After an encounter with a mysterious individual, you’ll be inflicted with a form of insanity. Each night you’ll lose sanity unless you find light sources. If you don’t, you’ll eventually lose so much of your sanity that you’ll need to fight apparitions, but all you can do is draw a torch and sword. The menu is locked at night due to your insanity, making things so much more difficult. 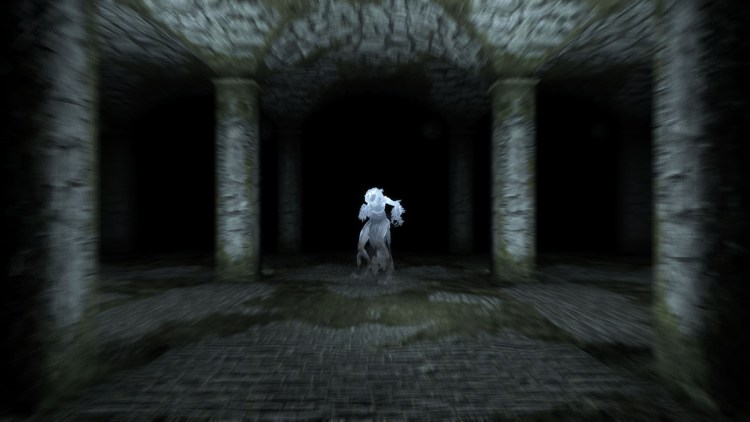 This final bonkers mod will make Skyrim a nightmare in the day as well as the night. It makes all undead enemies, such as draugr, skeletons, and vampires truly undead. They’ll come back to life unless you kill them in the correct way. You can define that proper method, be it dragons, fire, or restoration spells. It’s up to you, so you can make things as scary as you want. I quite like the idea of needing to draw in a dragon just to deal with the skeletons I’ve angered five miles away, but you do what you want. 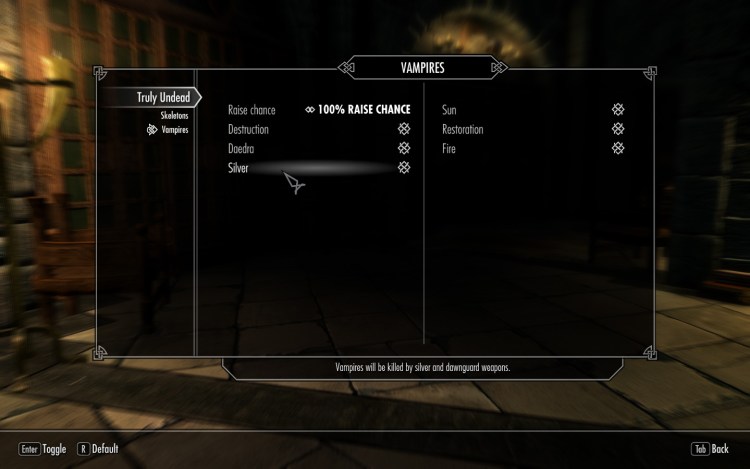 By Martynas Klimas6 hours ago
Features