Microsoft has made no effort to hide the fact that Halo 4 is the most expensive game they’ve ever produced. In fact quite the opposite is true, by even mentioning the game’s enormous budget they’re clearly rather proud of it. The real question is whether or not the investment is a wise one. Master Chief is not getting any younger, and the competition among his triple-A gaming peers is growing fiercer by the day as the old guard cling to the traditional boxed product market like limpets on a sinking ship.

Quite clearly, in this age of first-person shooter abundance, Microsoft continues to have enormous faith in their faceless hero despite the fact that it has been five years since his last proper outing. The expectation, it’s safe to say, is high. Simply put, at this critical juncture, the Chief can’t fail. 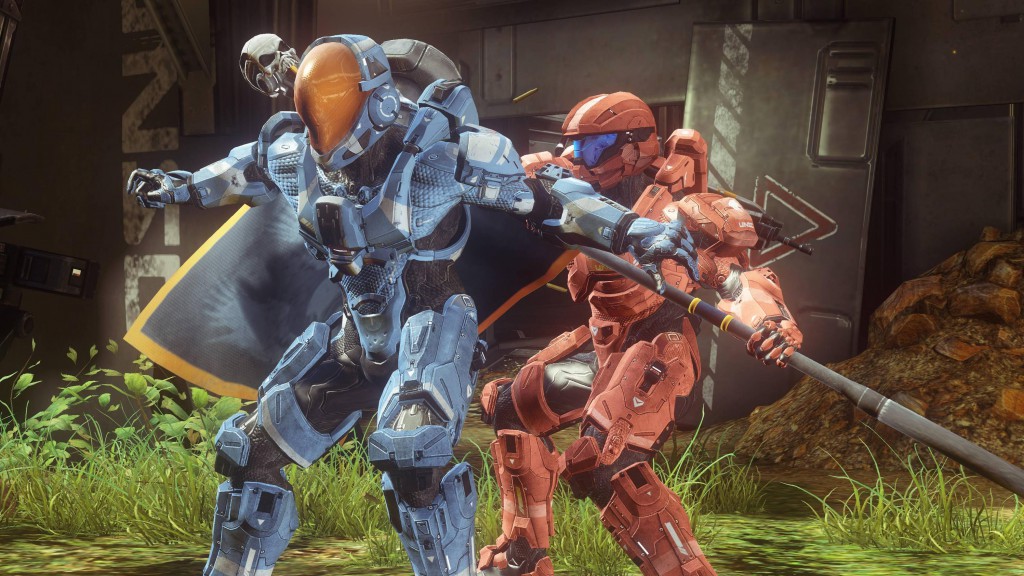 Within the confines of the game the Chief can’t fail, either. As per usual, the universe needs saving and it’s the one man army that’s got to grit his teeth and get on with the job. The series’ trademark Covenant are back in their usual variety of body types, some more difficult to kill than others thanks to differing strength and intelligence. They’re joined by the Prometheans, a new breed of alien that take the form of humanoid insects; complete with wings that emerge from beneath the armour on their backs and the telltale sounds of exoskeleton joints clicking against one another.

The Prometheans are new helmsman 343 Industries’ most significant addition, turning what used to be one side versus the other battles into a more complicated patchwork of three way battles; the Prometheans and Covenant don’t get along, and neither of them like you. Hanging back from the battlefield while the other two sides thin out their ranks is a legitimate tactic, one that makes things easier in a game in which you run out of ammo more consistently than perhaps any action-based FPS of the past few years.

However, don’t think you can wait until there’s only one enemy standing for you to dispatch. A balancing act seems to have been implemented that prevents the Covenant and Prometheans from simply doing your job for you. At a certain point enemies appear to stop killing their opposite numbers, they still fire their guns and appear to fight but the death comes to a halt. You’re Master Chief after all, you expect to get your hands dirty.

Getting dirty hands is easier now than ever before thanks to the vast arsenal at your disposal. All of the traditional Halo weapons are back – from the DRM rifle to the classic pistol and Covenant firearms – joined by Promethean tech that puts everything else to shame in terms of its visual flair. Bone white with golden yellow detailing, Promethean weapons are largely equivalents of the Spartan guns but with fancy new secondary abilities.

Zoom in to your sniper scope to fire a shot with a different intensity or use the shotgun equivalent to bounce bullets off walls and around corners. Learning to use all of these is essential if you’re going to make it across kill zones in one piece given the diversity and quantity of enemies on your tail. If you do die, though, you’re simply a quick respawn and generous checkpoint away from getting stuck in again; so no need to worry about being sidelined for too long.

Kill, die, respawn and live to kill again. 343 has resisted the urge to fiddle with Bungie’s design and, comfortingly, it still works.

The game looks like a Bungie game, too. Both in the details and the grand vistas, Halo 4 never fails to impress with its artistry and the technical skills used to bring that vision to life. Deep purples, rusty browns and clinical, metallic turquoise twist and weave amongst themselves to give the planet of Requiem (the game’s primary setting) a vibrant but harsh appearance. Enemy, weapon and vehicle design is similarly impressive, either fitting nicely into this new world or presenting a healthy juxtaposition to it. 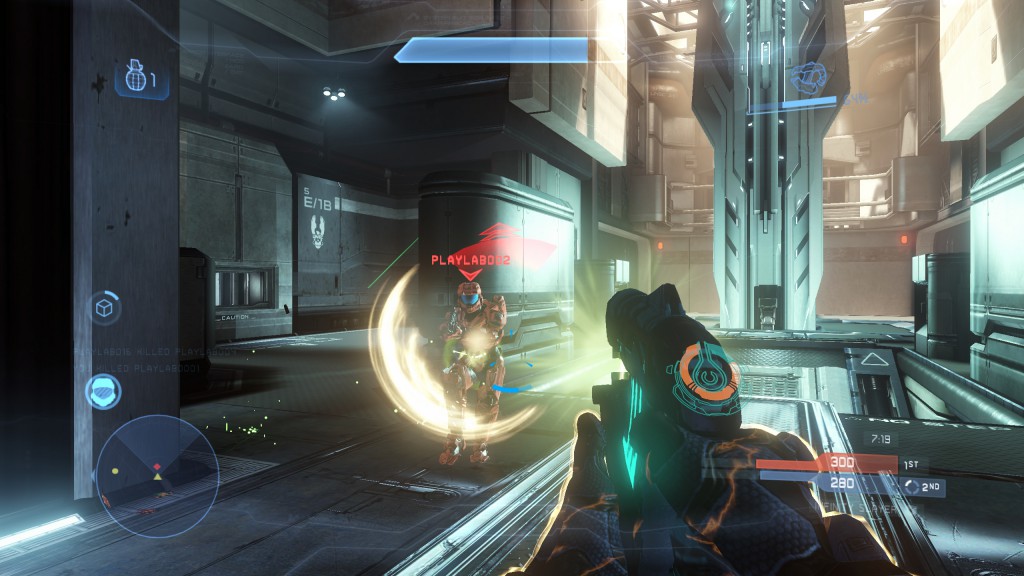 In multiplayer, more of a modern touch has been employed. Loadouts must be tuned and selected prior to setting out into the arena, and there’re far fewer opportunities to alter it by picking up items and weapons once you’re in play. Playing games, scoring kills and completing objectives results in you levelling up in much the same way as you do in a Call of Duty or Battlefield; complete with being awarded with new abilities and weapons along the way. There’s no doubting that this feels very un-Halo, but it’s not enough to disrupt the light movement and expansive maps that feel every bit ‘right’.

The brand new co-op Spartan Ops missions that take the form of weekly episodes, complete with new cut-scenes that drive an exclusive story, are an interesting touch and the logical next step for the Firefight-esque game modes. Objectives in these missions are nothing new (kill everything, press this button, win before the timer hits zero) but their co-operative element and steep difficultly make them enjoyable nevertheless. It’ll be these, not the competitive multiplayer, that players will look forward to each weekend.

In general, then, 343 Industries has succeeded where they could so easily have failed. Halo 4 brings with it enough new elements to wave aside criticisms that Bungie’s world is merely being copied and refurnished, but things are still familiar enough that fans can feel safe in the new developer’s hands.

If you thought Master Chief was washed up and past it, think again. Like an aging superhero, he’s adapted just enough to keep things fresh, without losing the original spark that attracted us in the first place. Long live the Chief.