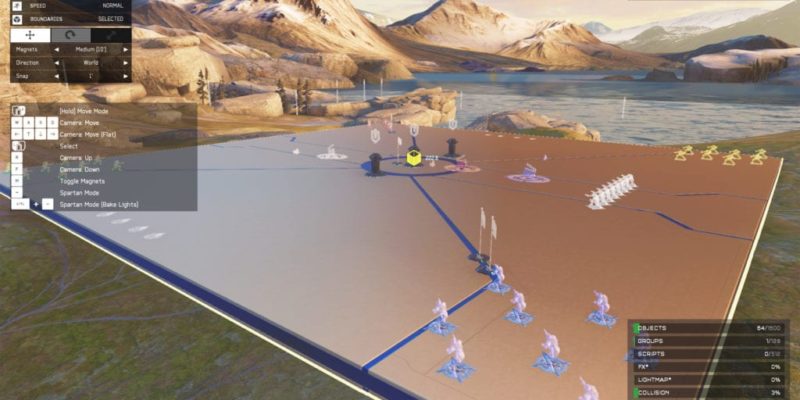 The Halo 5: Forge release was intended for 8 September on Windows 10 PCs, but it seems possible to download it right now. This link to the level-creation tool on the Microsoft Store was posted on NeoGaf, and does indeed appear to work.

Update 7 September: That seems to no longer be the case, so presumably the game was pulled again until the launch date. Feel free to try, but I think its gone for now. While you’re waiting for the official launch, why not have a look at all the PC graphics menus and settings.

Update 8 September: It’s officially out now. The rest of the original story follows.

Halo 5: Forge is 36GB in size, and that amount of data is slow going on the Windows Store, but I’m currently downloading it. Others have reported getting into the game with their Xbox Live accounts (yes, you still need those even on PC) without any problem. Whether this works in every single region, or just the US, I can’t confirm. There’s also no telling how long this will stay active ahead of the actual launch date of 8 September.

This release is the same Forge level-creation tool from Halo 5: Guardians, but updated with some PC-centric aspects. It has mouse and keyboard controls for greater precision over object placement (and so on), as well as support for resolutions up to 4K. You’ll be able to “host and play custom matches for up to 16 players”, and search for Forge-generated stuff with a new ‘content browser’ that spans both platforms.

Required PC system specs were revealed at the end of August. They can also be seen on the Microsoft store page itself, linked above. 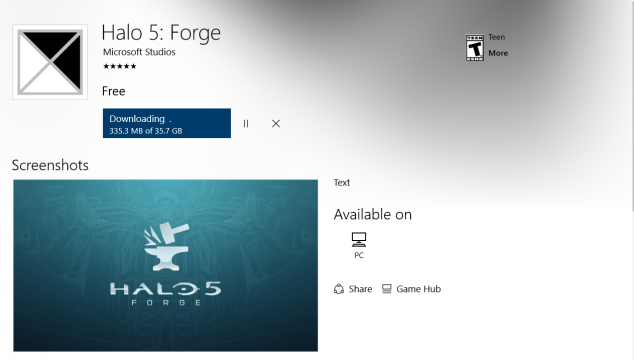 It’s going to take a while, but it is working.