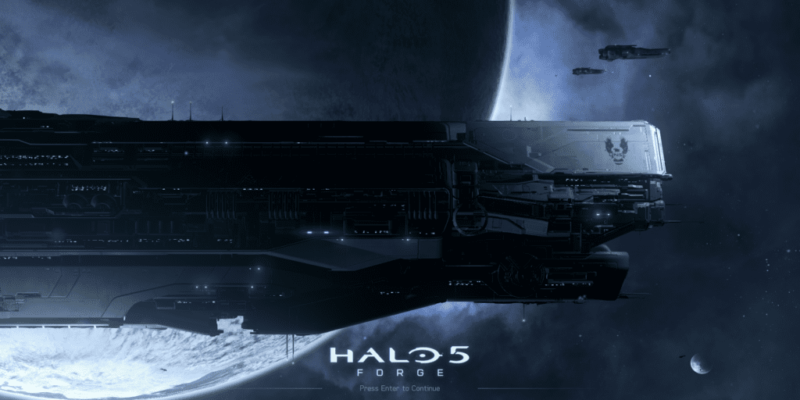 Since I was one of those able to grab Halo 5: Forge ahead of tomorrow’s actual release on PC (Windows 10 only, sadly), here’s a look at all the graphics menus and some of the control customisation options. Forge is primarily a level-creation tool of course, but the ability to launch custom multiplayer matches (albeit without matchmaking, so you’ll need to hook up with friends who have Xbox Live accounts on your own) means this free release brings a slice of Halo 5 multiplayer to PC.

Let’s have a look at the Audio/Video menu first. It’s too lengthy to fit into one screengrab, so I’ve split it into two. You can click to enlarge. 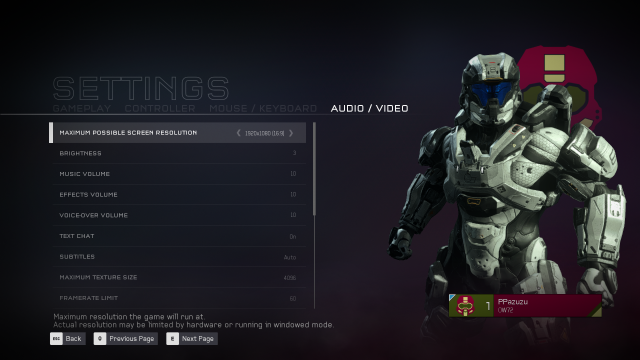 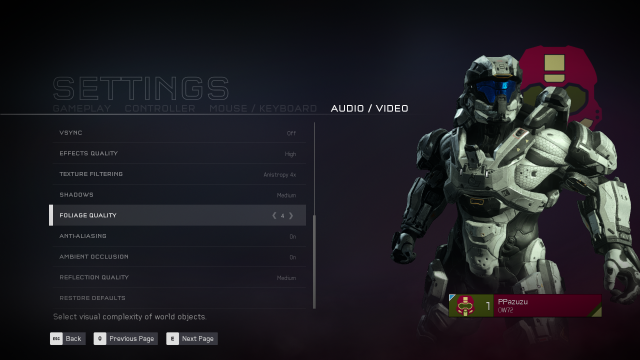 The Brightness, Volume(s), Chat toggle and subtitles should speak for themselves here. Resolution tops out at 1920x1080p for me (that’s my monitor’s maximum). Halo 5: Forge does claim to support up to 4K, but I wasn’t able to test this because the usual AMD downsampling route (Virtual Super Resolution) is either unrecognised or unsupported by the game.

Framerate Limit is a toggle between 30 and 60fps cap. No ‘unlimited’ option.

Shadows can be set to Low/Medium/High.

Foliage Quality runs from 1 to 8, with 5 labelled as ‘Normal’.

Anti-Aliasing and Ambient Occlusion are both Off-On toggles, so it’s unclear which methods are being used there.

It’s not a bad spread of options, but when in-game it’s clear there’s one glaring oversight. The default FOV in Halo 5: Forge is fairly terrible, and it cannot be changed. 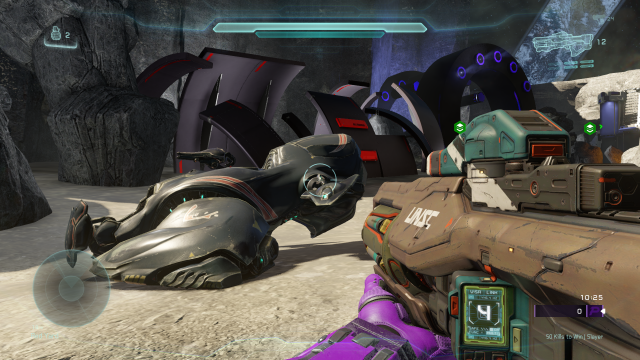 That’s a pretty unfortunate oversight, because a decent amount of attention has gone into the other settings. Here’s the Mouse/Keyboard menu, for example. 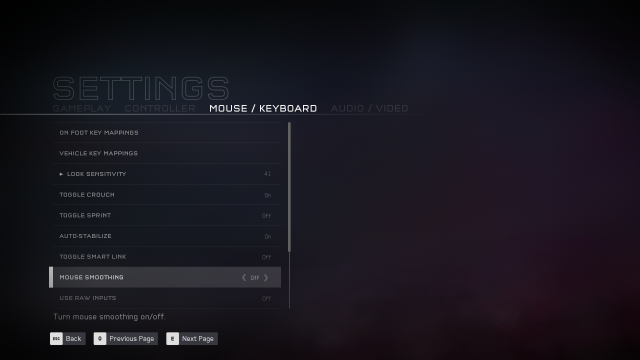 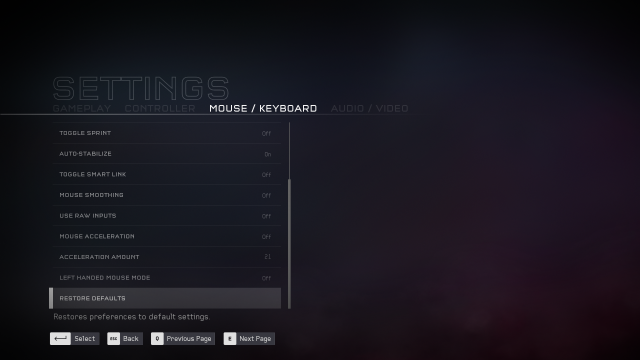 Mouse smoothing and acceleration are Off by default, and there’s a separate Sensitivity slider based around sensible increments. You can even switch to a left-handed Mouse set-up, which is not something I see in PC options all that often.

Default keyboard bindings can be changed for both on-foot and in-vehicle modes, as seen here. 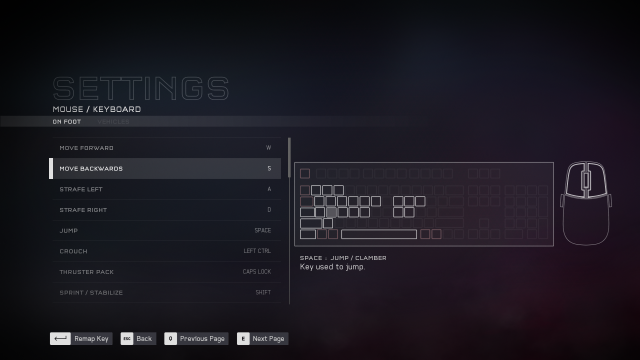 And here’s the other Gameplay menu containing more variables like Look Inversion, Flight Inversion (good to see those two separate) and a couple more control preferences. Plus the ability to switch off third-person ‘takedowns’. Nice. 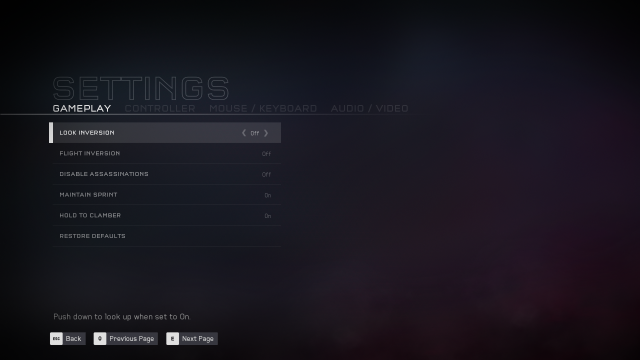 Performance isn’t something I want to offer definitive opinion on at this point because this is primarily a look at the graphics settings, and I’ve not yet settled on a method that can adequately measure or even display frame-rates in Windows Store UWP/DX12 games. I’m pretty sure the graphics options Halo 5: Forge defaulted to were hitting 60fps (this is on an i5-6600 / 16GB RAM / 4GB 380X machine) when running around the custom maps on my lonesome, but I’d not want to definitely state that without numbers to back up what my eyes were suggesting.

That lack of any FOV customisation is a let down in a PC transition that otherwise seems to have quite a bit of care put into it. I didn’t dive into trying to use Forge myself, but the sort of level-creation tools it offers looks much better suited to mouse and keyboard controls than a gamepad, so having this on PC is a boon in that respect. The custom-matches-only approach make Halo 5: Forge a bit of a multiplayer curiosity on PC, but since it’s a free release anybody with Windows 10 can take a look (if they can spare the 36GB of space) when it’s released tomorrow.