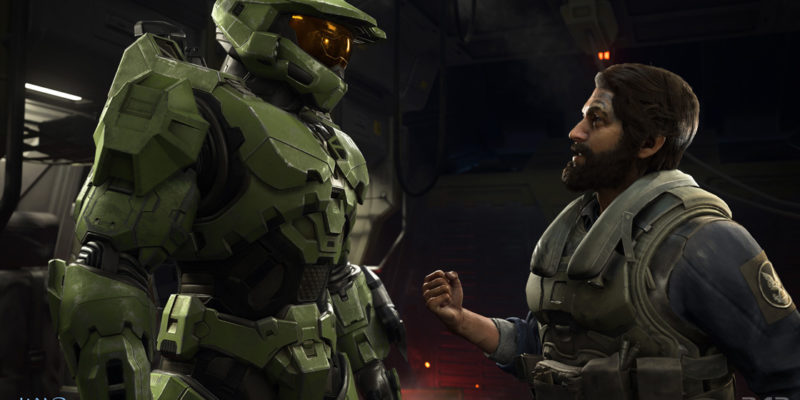 Another day, another bit of disappointing Halo news. In today’s round, Halo Infinite director Chris Lee has left the project, according to a report by Bloomberg. Lee is the second such director to leave development in two years. He was also a long time executive at 343 Industries, which doesn’t bode well for the series at large.

Lee oversaw production on Halo Infinite during its development cycle at 343 Industries. The game was properly revealed at an Xbox Games Showcase event back in July. At the time, it was scheduled to pair up with the Xbox Series X for a big holiday 2020 punch for Microsoft. It was subsequently delayed, after receiving quite a lot of criticism about its visual makeup. However, it looks like Halo Infinite‘s problems might run deeper than that.

According to the Bloomberg report, Lee is still at Microsoft but has stepped down from his role on Halo Infinite. Lee had already been sidelined when the company brought back Halo veteran Joe Staten after the delay. Staten is currently leading the team’s single player efforts, while Pierre Hintze heads up the multiplayer portion.

It all sounds like a bit of a mess. Halo Infinite was supposed to be a big reboot for the series, following the lukewarm reception to Halo 5: Guardians. While the multiplayer was relatively successful there, fair criticism was labeled at the game’s disappointing campaign. Halo Infinite features a renewed focus on Master Chief, but whether that can carry the game now is still unknown.

To say that Halo Infinite has had a rocky development cycle might be an understatement. In August 2019, developer 343 Industries said goodbye its creative director, Tim Longo, and executive producer, Mary Olson. Lee’s departure simply looks like the next in a long line of development hurdles.

It remains to be seen whether the developer has been overambitious with Halo Infinite. A renewed focus on Master Chief would have likely been enough for most, but Microsoft seems determined to rebuild the series for a new generation.

“I have stepped back from Infinite and I am looking at future opportunities,” Lee said in the report. “I believe in the team and am confident they will deliver a great game and now is a good time for me to step away.”

Halo Infinite is set to launch for PC sometime in 2021.