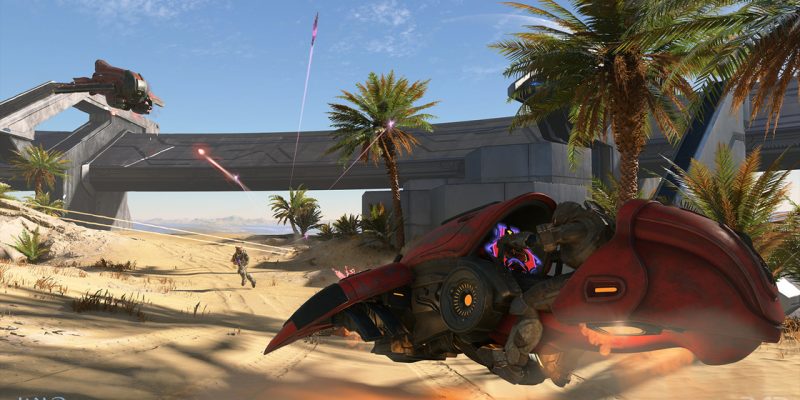 Halo fans have been waiting for what feels like an eternity now to get a new game in the series. Halo Infinite was first revealed back in 2018 when the developer showed off the engine powering the game for the first time. That alone set the hype in motion for a lot of fans, but it’s been a long wait since then for more. It’s been nearly six years since we’ve been able to play a new Halo game, but details on the Infinite multiplayer summer beta are about to be revealed.

343 Industries Community Manager John Junyszek made the announcement via Twitter that the “when and what” for the beta will be covered in the next Inside Infinite blog post due out later this month. Seeing as this month is nearly over, we don’t need to wait much longer to find out.

Although blog publication dates have been a little more random in recent months, 343’s typical cadence has been to release a new blog on Friday afternoons (PDT). Seeing how all of the public figures representing the company have been tweeting and chattering non-stop about signing up for the Halo Infinite multiplayer beta, the announcement must be close. When that comes, players will want to be ready.

343 has a special process for signing up to participate in Halo technical previews, referred to as Halo Insider. It requires both a Microsoft account and registration on a dedicated site. The 343 reps have also been concerned by the number of incomplete registrations, because the process requires email verification as one of the final steps.

*Please* double check your Halo Insider accounts. It doesn't hurt to be extra sure! ✅ https://t.co/9P6iCqX56I

That’s right, you can’t just expect to download the Halo Infinite multiplayer beta once it goes live. If you want to get in on the action and see what 343 Industries has been doing for all of these years, you’ll need to complete the process soon.

It remains to be seen what we’ll actually be able to experience in the Halo Infinite multiplayer beta. It’s expected that there will be a mix of gametypes based on some of what we’ve seen in the trailers. There should also be some Spartan customization features that we’ll be able to try to get a better feel for how the final game will work. 343 Industries also designed training modes like a target range for new players to jump into before facing the grizzled Halo multiplayer veterans that are sure to show up in mass. It would make sense for something like that to be in the beta. We’ll find out soon enough, we suppose.