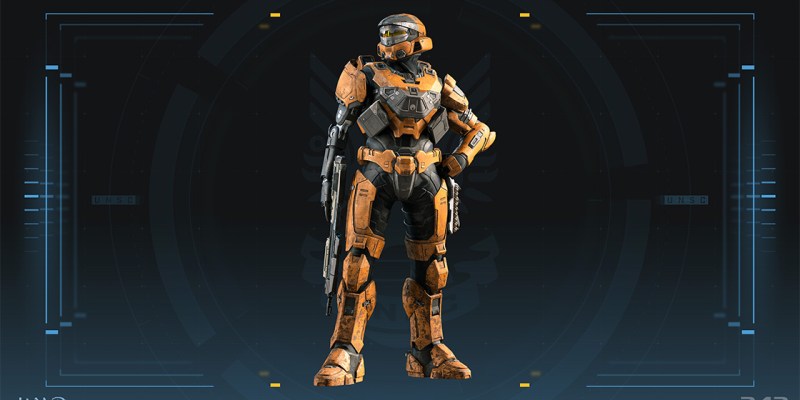 The Halo Infinite Multiplayer Technical Preview just wrapped up on August 2, and we have some fresh impressions on how the game runs on PC at this point in time. To be blunt, it was pretty rough, and we had some high expectations.

It’s nothing new for a game beta to contain bugs and optimization issues. Hell, plenty of games launch with swarms of bugs and play catch up from there. However, the case of Halo: Infinite is a bit different. We’re talking about a game with a huge budget that’s been in development for six years now. It was even supposed to launch last holiday season, which begs the question of what would have happened if the delay wasn’t issued.

As it stands, there are quite a few unfinished assets in this small preview and major performance problems with the game, even on high-end hardware. Yet despite this, the game has some clear potential and signs that things could improve significantly by the time it launches.

We’re not here to bash the game, though. Our performance preview of the Halo Infinite Multiplayer Technical beta includes the good, the bad, and the ugly. We explored all of the game’s settings, tested the functionality of the gameplay, measured the performance on a couple different systems, and peeked around for bugs. If you want to learn more about the player experience, hop on over to our gameplay impressions. 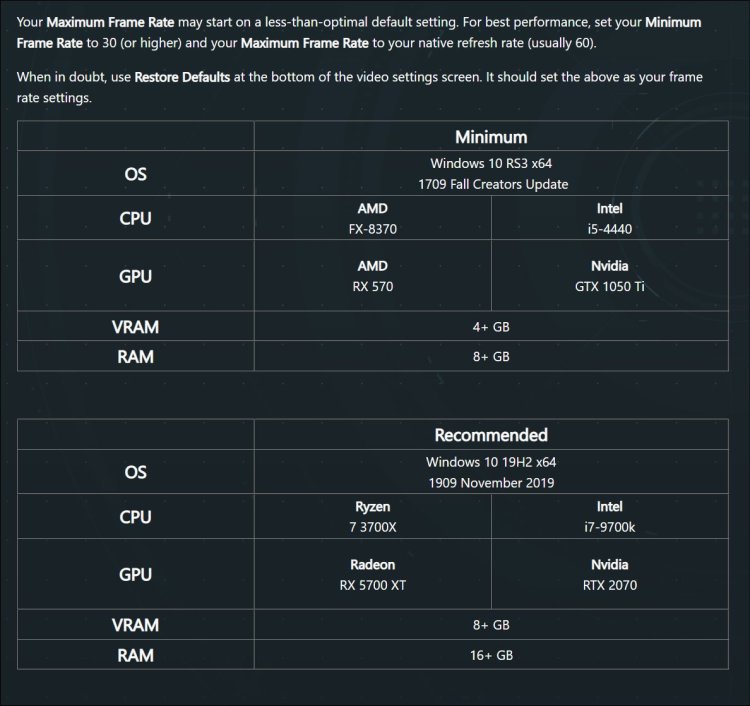 Before we start discussing our performance results, it’s best that you familiarize yourself with Halo Infinite’s official technical specs for the preview. From what we understand, the Arena mode will be the least demanding out of everything, so don’t mix it up with the hardware requirements for the full game.

Both systems are within spec for the scope of this test. However, we also did some extra checking to make sure that the 7700K couldn’t bottleneck performance. While we cannot confirm anything, we suspect Halo Infinite runs on the DirectX 12 API, which prefers more cores and threads. Four-core CPUs like the 7700K can struggle in some DirectX 12 games like Cyberpunk 2077, however, Hardware Monitor showed that the 7700K was not overburdened on the Halo Infinite engine. With this in mind, let’s talk performance and optimization. 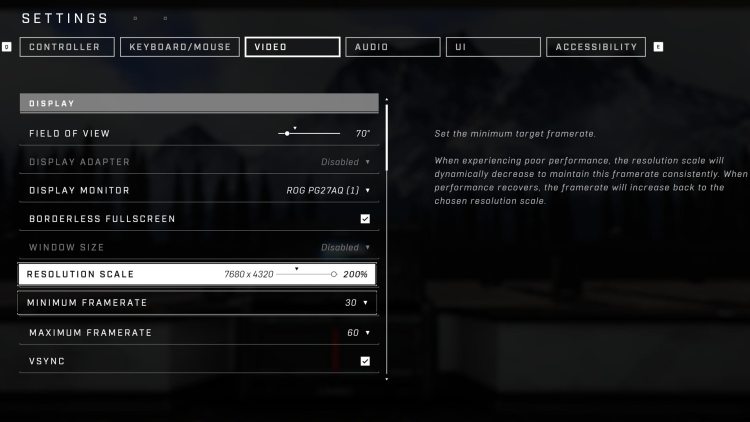 Halo Infinite has some major issues with stutters. Whether loading into the firing range or playing an Arena match against bots, both test systems were incapable of delivering smooth gameplay at first. This issue was eventually mitigated by switching out of fullscreen and playing in windowed mode. The performance issues didn’t end there, though.

We also quickly discovered that the game was not well optimized and only used roughly 70% percent of GPU resources. For something like an RTX 3080, that’s a lot of performance left on the table. In other shooters like Apex Legends, the RTX 3060 easily manages 4K 60 fps gameplay on medium settings. After some careful tweaks to the settings in Halo Infinite, we barely managed 1440p at 60 fps on medium settings. The RTX 3080 also performed far below expectations, unable to maintain a consistent 144 fps in 1080p.

343 Industries confirmed that some high-end graphics cards were specifically having issues, but the settings we tweaked didn’t seem to make a difference. A look around the web shows that many players had similar experiences. To be fair to the developers though, last week’s blog post clearly stated that the experience would be rough around the edges. This is apparently due to the preview being a build that’s “a couple months behind where the development team and ‘main’ game build currently is.” As we already mentioned though, Halo Infinite has been in development for six years, so performance issues of this severity set off a few alarm bells at this point. 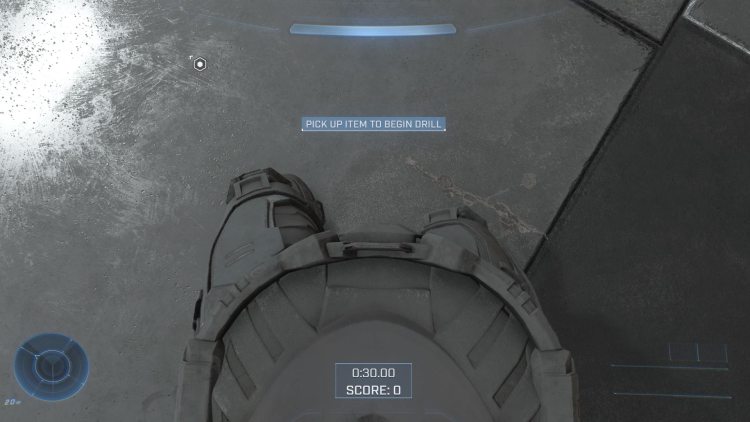 The criticisms laid out above are reinforced by other issues we encountered in our several hours playing the Halo Infinite Multiplayer Technical Preview. For starters, the menus — while smooth to navigate — had a lot of bugs, and the game sometimes crashed after tweaking settings. Upon loading back into the game, all of the settings were reset. We also noticed that the resolution scale went out of whack and sent the game up to 8K after checking and unchecking windowed mode. The base resolution option was then simply 4K, which the game was too unoptimized to run. We had to quit the build so that 1440p became an option again. And then lost all of our settings for the second time.

We decided to experiment with some of the double and triple keybinds afterwards, but those didn’t register properly and crashed the game again. Input customizations (and customizations in general) are very impressive, though. More on those in a bit.

From that point, we decided to jump into some gameplay to see what was up. Performance aside, the matches ran as you’d expect them to go. The weapons and mechanics functioned properly for the most part, and the effects didn’t yield any unwanted surprises. The lighting looked gorgeous, and the physics were on point. Never once did we glitch out of the map or experience an in-game crash either.

It appears those no good Reds have sabotaged the Blues. Several AI assets failed to render in the preview screen and the icons appeared incorrect.

There was a case where input control failed on the Xbox controller and prevented rightward movement. That of course rendered the game unplayable during matches. There was also a distracting camera jitter issue when moving. Some shadow animations also appeared inaccurate. Pressing melee repeatedly would alternate between left and right punches, but the shadows never changed to account for this. A few shadows cast from structures also randomly disappeared depending on the viewing angle.

Additional issues we noticed were that power weapons could also be picked up by multiple players if grabbed simultaneously. Match cutscenes also improperly showed character models. This turned out to be pretty hilarious in some instances, though, because dead Spartans were laying on the ground around the victors. Perhaps take a cue and include that in the game 343 Industries?

All in all, these issues could be forgiven in a build that’s apparently already old if not for the abysmal performance on top of it. As it stands, our first impressions of Halo Infinite on PC from a technical perspective are quite underwhelming. However, opinions are subject to change as more flights come out. 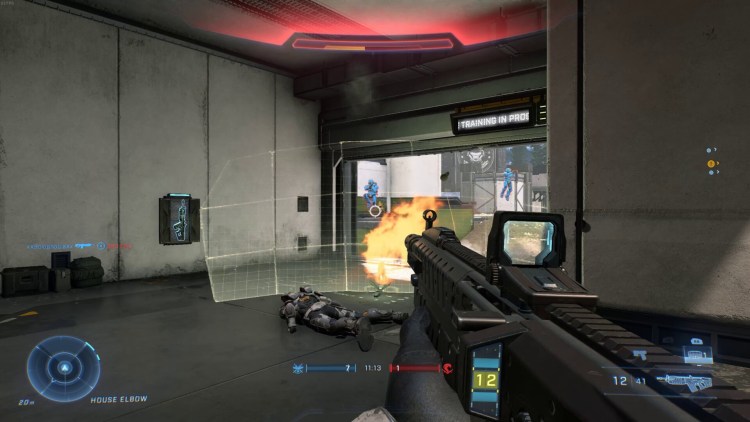 Setting itself up for greatness?

It’s not all bad news for Halo Infinite, though. The game still has time to come together, and the nature of the development process can easily justify these issues being resolved in the final months of development. With that being said, let’s look at what the game is doing well.

There are some promising features we were able to experiment with in the settings options that only a few other games are doing (if any). Some of the technical implementations are also on point. First and foremost, is the emphasis on a customized gameplay experience. 343 Industries has all of the pieces in place for players to enjoy the game how they want. The graphics options are extensive, which means that many fine tweaks should be possible to pull all of the performance out of your PC, provided the game eventually runs smooth.

The accessibility and preference options are also heavily fleshed out. The game supports a list of various languages, subtitle options, and more. You can choose enemy and teammate color outlines, whether their characters appear with callsigns or full gamertag text, and you can even fully customize the HUD down to the transparency and onscreen locations of various elements. Want to take some screenshots? Just toggle the entire HUD off. The list goes on. 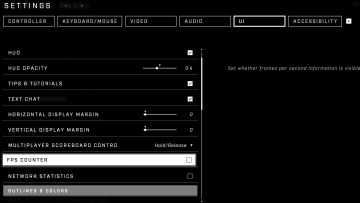 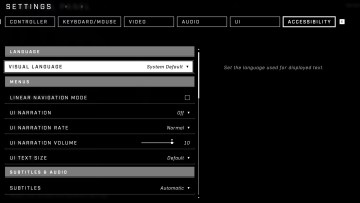 Credit where it’s due

Once the game was running smooth in windowed mode, it was also noticed that V-Sync wasn’t overly necessary to avoid screen tearing. This is a huge problem for some games. The few titles that manage to look decent without V-Sync deserve bonus points due to the beneficial latency reduction. There’s no magic bullet to avoiding screen tearing though, so it’s curious how the devs managed to pull this off. We’ll have to take a closer look at frame render times and system latency later.

The implementation of CAS sharpening was also impressive, because it didn’t look blurry as we postulated would happen. Instead, it provided effective sharpening to the scenery. CAS will help players with lower resolutions attain better overall image quality. It’s a bit too harsh at maximum in 4K, though. 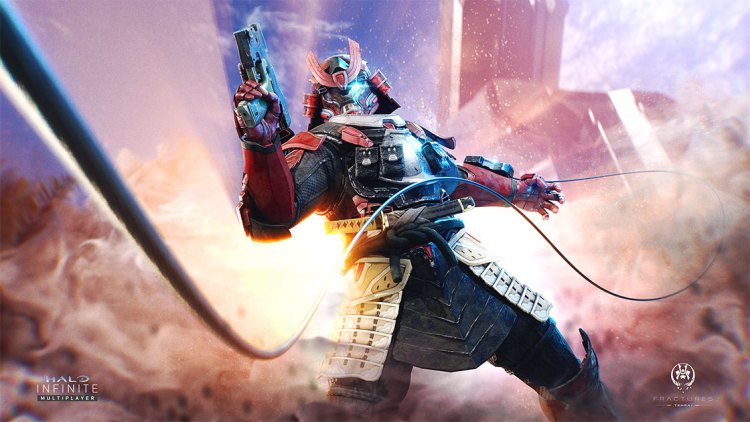 There are some clear concerns with the technical state of Halo Infinite, but there will be more previews to come that definitely could resolve the major issues. During the short technical preview, 343 Industries responded with some rapid fixes to a few issues. Matchmaking functionality problems were quickly put to rest within the first day of the test. A few menu and UI bugs saw fixes as well.

343 Industries also put out a performance patch that it claimed would improve performance for some. Our systems didn’t benefit from this, but we only tested new RTX 30 Series graphics cards on Intel CPUs. 343 Industries didn’t specify what the performance update targeted.

Last but not least, we are very familiar with 343 Industries’ track record. As someone who played Halo 4 and Halo 5 extensively and flight tested all of Halo: The Master Chief Collection on PC, I can attest to the developer’s commitment to fixing bugs. Some of the minor bugs I reported in various games were indeed resolved. Of course, this developer has also introduced plenty of new game breaking bugs into the Halo games over the years as well. For the most part though, these bugs all applied to Halo: The Master Chief Collection. The games that 343 Industries built from the ground up worked much better. Hopefully the same will be said about Halo Infinite.

By Martynas Klimas15 hours ago
Features