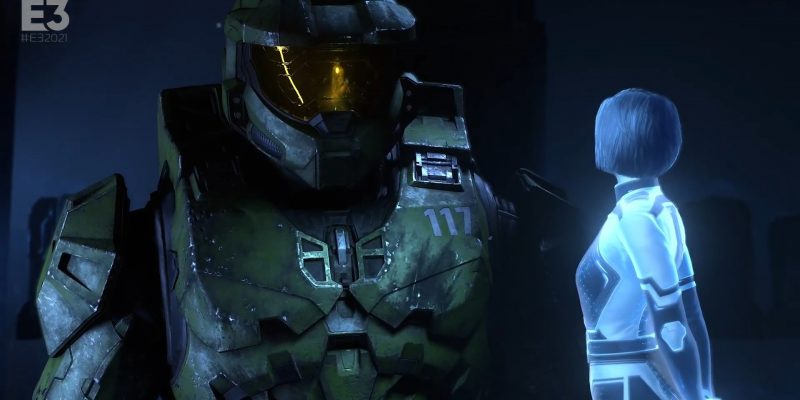 I’m going to start by warning non-Halo players of spoilers. So, here it goes: there will be spoilers for Halo 4 and Halo 5: Guardians in this post. Right, now that’s out of the way, let’s talk Halo Infinite. Today during the Xbox and Bethesda E3 showcase, 343 Industries gave us another glimpse of the game’s campaign. In the latest trailer, we see Master Chief chatting it up with a new AI, one that is meant to replace Cortana.

The new AI certainly looks like Cortana, save for actually being dressed this time. And, unless my ears deceive me, she’s being voiced by Jen Taylor, who has given Cortana her snarky voice and attitude for about 20 years now. However, not all is right. As we know, Halo Infinite takes place after the events of Halo 5. A couple years have passed, and the Master Chief finds himself on a new installation: Zeta Halo. What isn’t known is how he got from the end of the last Halo to here, and what became of the first Cortana.

At some point in the Halo Infinite campaign, Master Chief meets up with Cortana 2.0 . She appears younger, sporting what a UNSC uniform, and seems about as lost as the Chief as to what’s going on. As a refresher, in Halo 4 the original Cortana became rampant — a state in which AIs begin to cognitively degrade, and must be destroyed. She technically died at the end of Halo 4, only to return as Halo 5‘s antagonist in one of the weirdest and worst twists in the series. Now, a couple years down the line, Cortana 2.0 claims that the original Cortana was deleted. It wasn’t done by the Master Chief, but by someone unknown. 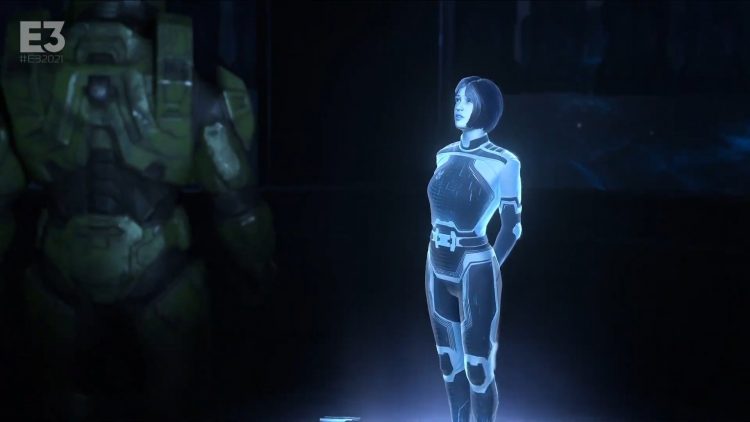 All dressed up and looking sharp

It seems this is going to be one of the driving plot elements of Halo Infinite. Cortana 2.0 was meant to also be deleted with the original’s destruction, but she remains. Since she still exists, one has to wonder what exactly is going on. The trailer shows Master Chief and the new Cortana joining forces in order to solve the mystery.

Bringing back Cortana is an important move for 343 Industries. The company has been clear in its desire to make Halo Infinite both an homage to the originals and a refresher for the series as a whole. What better way than to bring back the original dream team? Some Halo purists may be annoyed, as the move does seem an attempt to throw a blanket over recent plot developments. But considering the poor reception of Halo 5 and the rogue Cortana, 343 can hardly be blamed.

Halo Infinite is set to launch for PC and Xbox Game Pass later this year. Be sure to check out the multiplayer trailer, and our breakdown of the mode when it’s live.

By Logan Broadley1 second ago
News