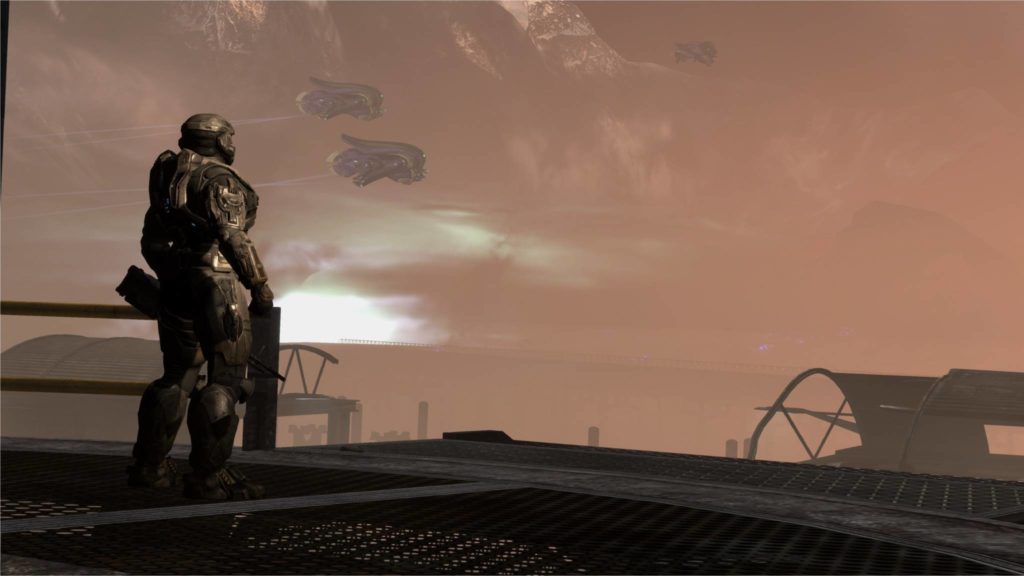 Halo: Reach is the first title that’s part of the long-awaited Halo: The Master Chief Collection. Originally released in 2010 for the Xbox 360, Halo: Reach aims to bring its trademark action to a new audience. Sadly, it falls a bit short of the mark, sullying what could be a great introduction to the Halo franchise for PCs. I’ll delve a bit more in our official review.

Note: For more about the graphics settings, controls, audio, and the like, do check out our Halo: Reach technical review. 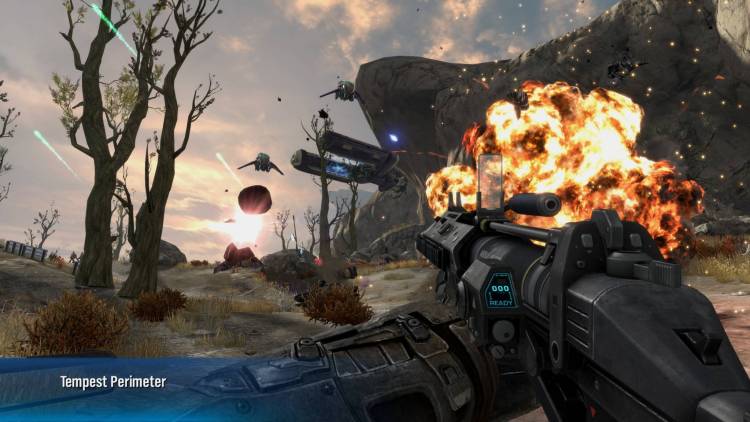 Halo: Reach – The story so far

Halo: Reach serves as a prologue to the entire franchise. In fact, the in-game missions and events run concurrently with the novelization — Halo: The Fall of Reach by Eric Nylund — which was published in 2001.

Set during a massive Covenant invasion, you take control of one of Noble Team’s members, codenamed Six, in a desperate defense of the planet. You don’t have to go at it alone, though, because you’ll often get backup from your Noble Team squadmates and various UNSC troopers. It’s one factor that sets Halo: Reach apart. It’s still an action-packed FPS with lots of running and gunning making you feel like a hero. However, with squadmates around, you weren’t just going at it like Rambo.

Likewise, knowing what happens to the planet Reach, its inhabitants, and the entirety of Noble Team, you’ll have to prepare yourself for an emotional punch to the gut. Backed by a soaring soundtrack composed by Martin O’Donnell and Michael Salvatori — note that Reach was the final game developed by Bungie before splitting with Microsoft and handing the reins over to 343 Industries — every mission emphasizes the gravity of the events that are about to transpire. 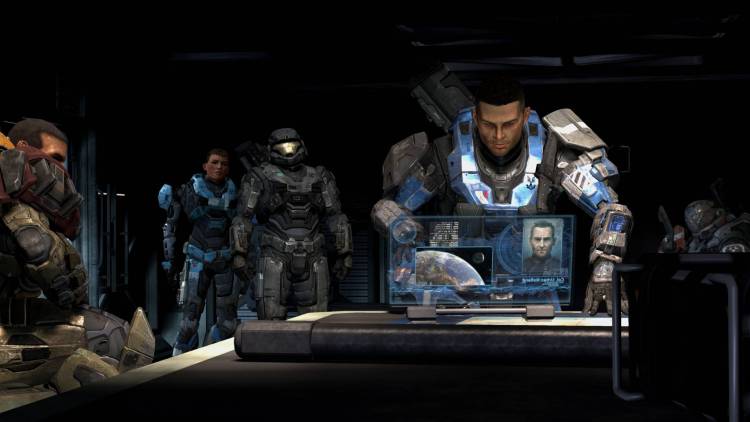 The campaign for Reach

Halo: Reach has a dozen missions counting its epilogue and “final stand.” You can play them in any order, though I would suggest following the campaign as is to experience the story in detail. You can even ask a friend to join you for co-op.

Similarly, you’ve got roughly a dozen “skulls” or modifiers to choose from for each mission. These can range from ones that provide a score multiplier (no radar, increased enemy health, and the like), to those that add a bit of fun (confetti raining down when you headshot a grunt).

You’ll mostly want to enable the score multipliers if you want to compete in the leaderboards, showing others how you’ve progressed through the campaign. Then again, this was also partly because the campaign originally allowed you to gain credits as a means of progression. 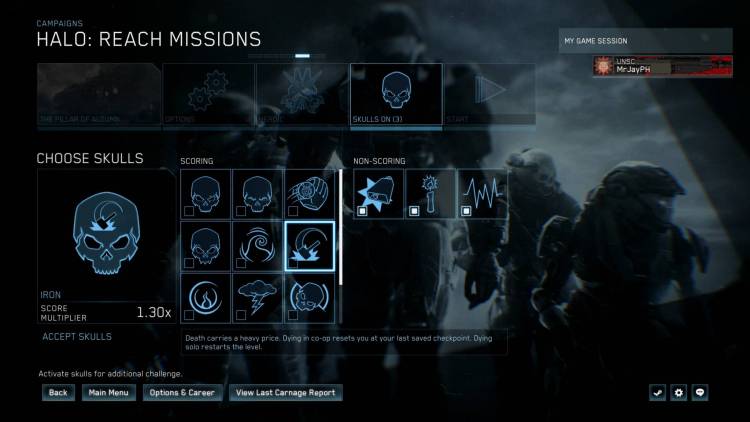 Long-time vets may have gotten to the old progression system of using credits in Halo: Reach. It didn’t matter if you were doing multiplayer matches or breezing through the campaign. If you played the game, you got your credits. These credits were used to purchase customization options for your character, even those that would appear during cutscenes.

The Halo: Reach remaster eschews that system in favor of more linear progression. You earned experience points, and then additional customization options would be unlocked. The problems are that you only gain exp from multiplayer and you’d hardly have a choice in what you’d get from ranking up. You’re practically fiddling around waiting for a certain notification to tell you that you’ve unlocked something, and you’d use a season point to grab, say, a helmet (the only one that’s available for that rank-up), before being able to unlock others. Also, since you don’t gain exp from the campaign, there’d be no point in re-running missions no matter how many modifiers you tack on. That, in itself, significantly reduces the campaign’s replayability.

Now, there are a few customization options you can still tweak right from the get-go such as your three-character Player ID, emblem, armor color palette, and so on. But, most other options will be locked via the progression system. It’s not as intuitive as I’d want it to be. If progression is linear, why not just automatically unlock customization options once you attain certain ranks? Why bring pointless season points into the mix? 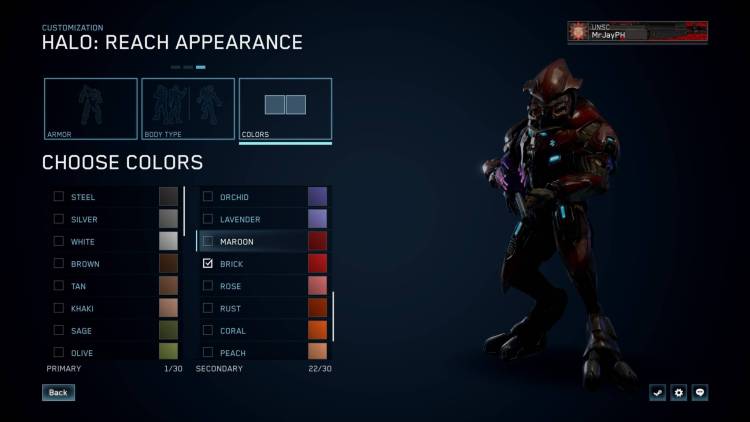 When we do talk about customization options, let’s not forget that Halo: Reach is also lacking in the technical aspect. As mentioned in our technical review, you only have three presets to choose from — Enhanced, Original, and Performance. You can’t mix and match and tweak various options to your liking.

Another downside when it comes to graphics is that the visuals won’t wow you that much. Yes, of course, Halo: Reach is a 2010 game that has been remastered for 2019. Still, the character and facial models, as well as textures, aren’t indicative of what you’d expect in a triple-A shooter nowadays. You’d naturally expect more from Microsoft’s flagship FPS franchise, even if it’s just a remaster.

Another particular factor that grinds my gears was the oddity in screen tearing, janky animation, and aiming. Halo: Reach is touted as supporting unlimited framerates/no FPS cap. However, if you go that route, you’ll experience a few issues. There may be an issue with animation interpolation, one which makes your movement and aiming look odd despite everything else, supposedly, going above 120-140 FPS. The only way to combat this is to enable V-sync and cap your framerate, which simply means that one key feature that’s been advertised is already null and void. 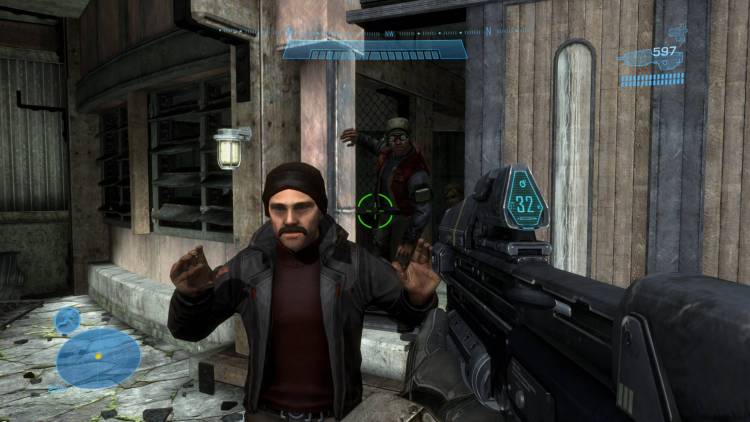 If you want a cleaner, customizable HUD, say goodbye to that because those settings aren’t available either. The only way you can change HUD elements is if certain in-game modifiers are in play, but never through the options panel.

As for the game’s audio, there are some problems as well, namely the sound effects for gunfire and dialogue. There are times when you can hear them as clear as day, immersing you in the wonderful sounds of a raging battle. Then, there are times when they’re muted, almost like a hush. Oh, and subtitles also don’t work for in-game ambient or squad dialogue. Whoops.

Even more surprising is that Halo: Reach only has push-to-talk for in-game voice chat. Plug in a mic, speak, and no one will hear you unless you press and hold “V” on your keyboard. Yes, you also can’t change the keybind for that. I don’t know about you, but having only the “V” key to speak to teammates in the middle of a match seems very limiting and downright annoying. The same goes for the in-game text chat which you cannot rebind from “J.”

If you want to use a gamepad for some reason, you’ll be surprised that most presets don’t offer enough choices. The only one that lets you use the left trigger to ADS and the right trigger to shoot is called “Zoom & Shoot.” Everything else will have you aiming with the right thumbstick or right shoulder button. 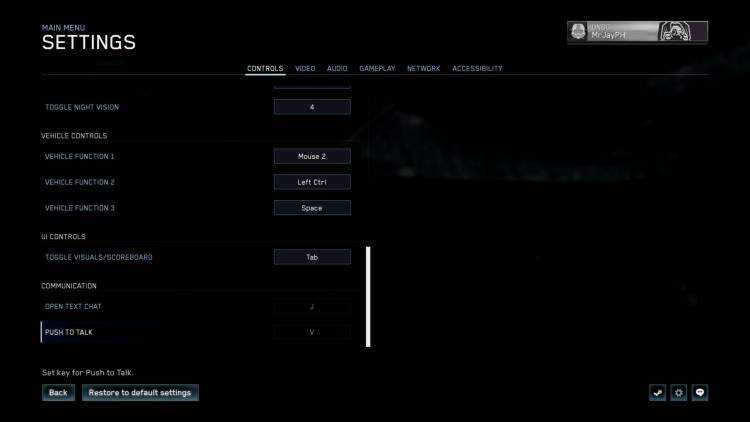 The meat and potatoes of Halo: Reach — and practically every first-person shooter out there — is multiplayer. Halo: Reach delivers in this regard owing to a variety of maps and game modes. More will be added in the future, along with the Forge which lets you craft your creations. Theater Mode will also arrive later, allowing you to relive some of your best moments and key plays. 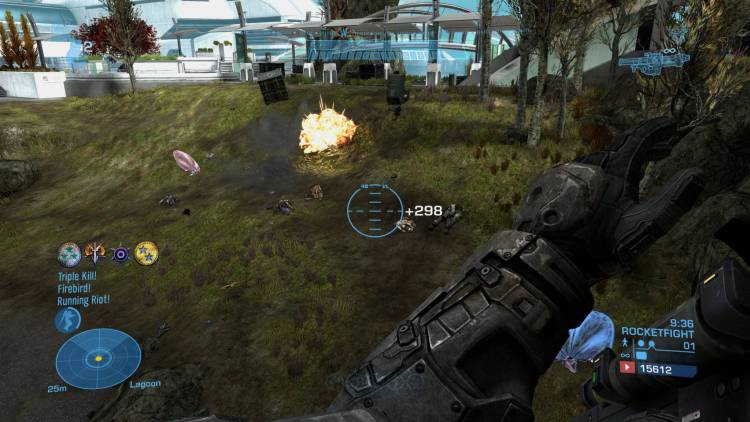 But, again, there are still several flaws to consider:

An omission I take issue with is the lack of local co-op/split-screen. Most games in the Halo franchise had this feature for consoles. In fact, I would consider Halo as next to Goldeneye 64 when it came to finding enjoyment with gaming buddies who are sitting on the same couch. The fact that this isn’t available for the PC release (yet) can be quite disappointing, especially when you consider that Halo 5 also met with the same criticism. 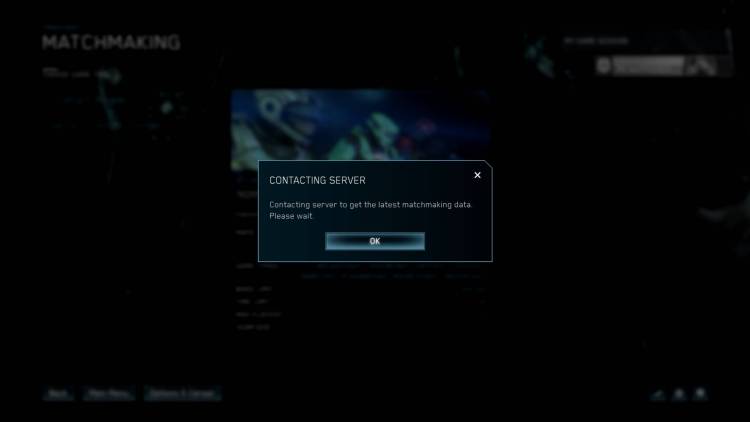 The playlist system in Halo: Reach also has to be addressed. Given that you’ve got dozens of maps and more to come, it can be a hassle when you realize that you can’t really control which maps or game types would pop up. You can’t vote at the end of a match, for instance. You can’t even select the specific game type you’d want to play. 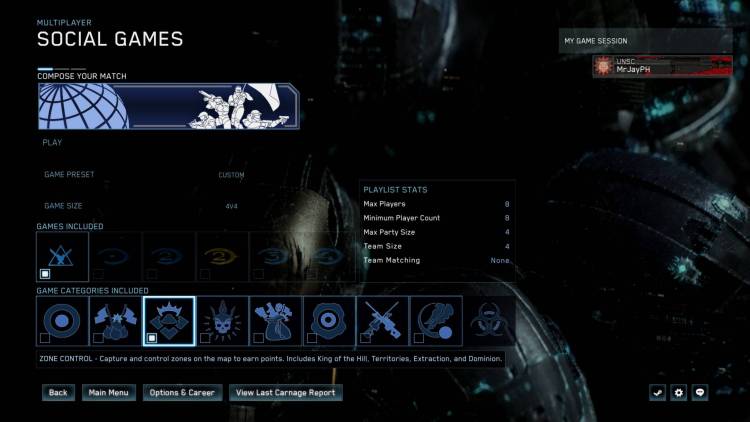 Halo: Reach – Not quite reaching for the stars

Make no mistake, Halo: Reach is a decent game. Remember, it was, at a point in time, one of the best FPS games on a console, but that was in 2010. Unfortunately, as a remastered version for PCs — in 2019 no less — it just doesn’t quite cut it. Graphically, it still looks like an Xbox 360 game with a shinier coat of paint, far from what most triple-A titles can deliver. The touted unlimited framerates feature, meanwhile, leads to even more issues unless you set a cap.

Additional mechanics from its original release also need to be mentioned. I know that 343 Industries aimed to create an authentic Halo: Reach experience, but authenticity can sometimes mean being behind the curve for re-releases coming out at a later date. In a way, some of these mechanics haven’t aged well: 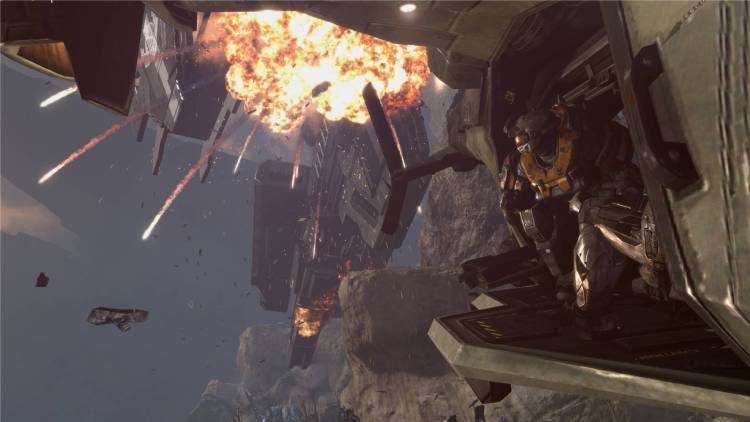 It’s worth noting that Halo: Reach releases not just for PCs but also for Xbox One owners at the same time. That may not seem much until you realize that Halo: The Master Chief Collection has been available for the Xbox One since 2014. With a lengthy beta phase and more existing issues than you can shake a stick at, it doesn’t bode well as an introduction to the compendium for PC players.

As mentioned, Reach was the last Halo game developed by Bungie. Consider how that studio brought Destiny 2 to PCs and the trove of options and optimizations that made you feel that it truly was “Destiny for PCs.” Next, think of how 343 will be bringing the entirety of The Master Chief Collection to PCs. Reach, at the moment, doesn’t really make you think that this is “Halo for PCs,” does it?

Will Reach get better over time? I can only hope so. I’m even hoping that additional patches are also applied to future re-releases such as Halo: Combat Evolved, ODST, and more. Likewise, I know that there will be others who’d enjoy the current iteration for what it is.

For now, though, Halo: Reach isn’t what I personally expected from the highly anticipated series’ arrival on PCs. Like Noble Team’s actions against the Covenant, Halo: Reach is a valiant effort that’s, ultimately, all in vain. It provides a mere nostalgia trip and an ignoble beginning to the multi-awarded and influential FPS franchise. 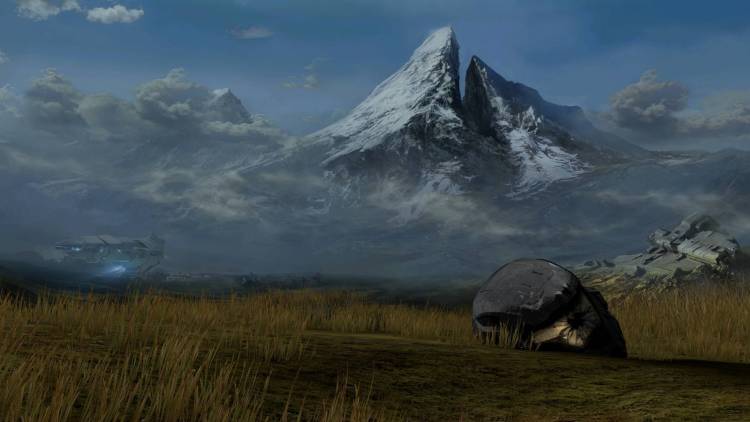 Halo: Reach is available via the Microsoft Windows Store and Steam as part of Halo: The Master Chief Collection.

The remastered version of Halo: Reach, now available for PCs.
6

Halo: Reach has an engaging campaign and numerous multiplayer game modes to keep you pre-occupied. Unfortunately, various issues abound from technical woes and lack of options, to matchmaking problems, and it's hardly what you'd expect from the flagship FPS franchise's arrival on PCs. Like the protagonist's namesake, this effort is more of a "six" unless we see more patches down the line.