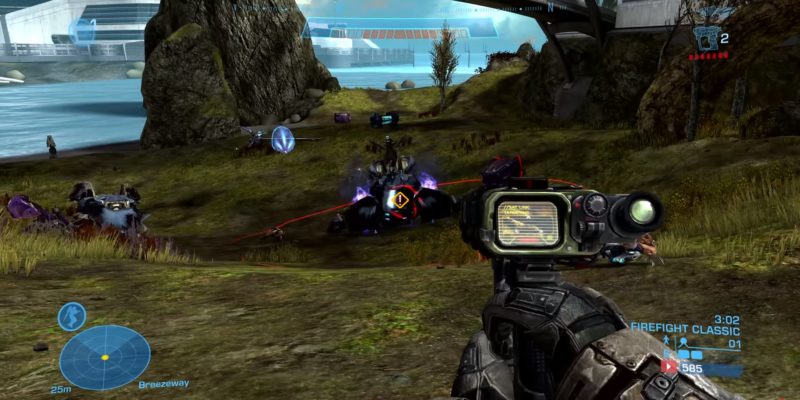 After what can scientifically be called forever, Halo: Reach is finally on PC. And not only that, the devs are very much open to the idea of modding.

Recently, the question of mod support was raised on a weekly discussion thread of the Halo subreddit. 343 Industries had previously mentioned working with ElDewrito (a fan project dedicated to classic Halo MP for PC players) but nothing more encouraging. They even confirmed that the Master Chief Collection wouldn’t have mod support at launch. However, in the thread, someone mentioned that gamers were doing “mods in a less-official way anyway”. A certified 343 employee then chimed in with this bit:

Hi! We’re still working to improve this down the road, but for now you will have an option when you launch to bypass anticheat. This will allow you to play around with campaign and customs but not allow you to play any match made games. I highly suggest making a copy/backup of anything you modify so you’ll be able to switch back and forth easily.

Now that is some great news! The fact that the Halo: Reach developers (porters to the PC, etc.) are dedicated to the idea enough to bother including a launch option specifically facilitating mods is great. Sure, you can’t use them in multiplayer yet – after all, what is a wallhack if not a terrible mod for horrible people – but it’s a step forward. First-person shooters are some of the most fertile ground for mods. Trust me, you’ll see a Star Wars mod five minutes after official support is announced.

And I love ranting and raving about mods. My pet theory for when I feel like yelling at a cloud is that current game devs (or publishers) don’t like mods since they do the work of DLCs for free (and usually are more ambitious to boot). This is not great for the modding scene – take a look at the Moddb best mod awards for the last few years and you’ll see that stuff is only made for a handful of ancient titles. Maybe the fact that Halo: Reach is a few years old is what’s helping the move today? After all, if there’s no DLC-hungry publisher breathing down 343’s collective neck…

Own your own bar in Red Dead Online’s Moonshiners update

By Jacob Roach12 hours ago
News

Halo: Reach - Signing in and changing your gamertag if you purchased via Steam