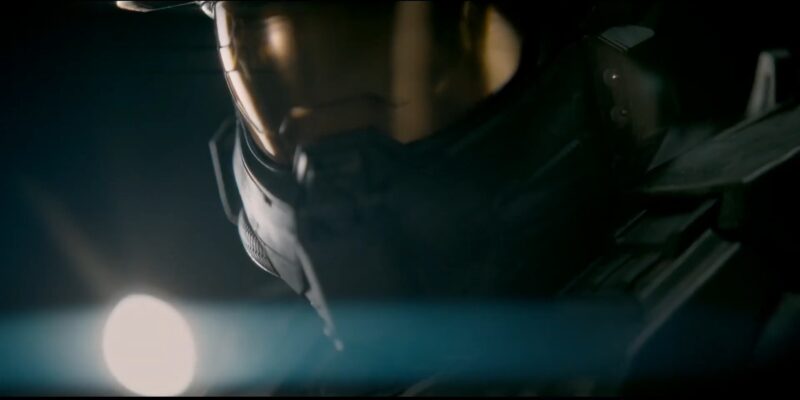 Though previously known for quite some time, the Halo TV series has been somewhat elusive. Rumors spoke of the show getting revealed during E3 2021, but that never happened. Earlier today, a reveal trailer was apparently leaked online. Rumors about a reveal once more began to swirl. However, today the rumors carried more weight, as Microsoft was prepping its big Xbox 20th anniversary event. Finally, after years of talk and alleged leaks, the Halo TV series has a reveal teaser. The footage is way too short for my liking, but the teaser confirms that the show is still on track for Paramount+ in 2022.

Barring any potential delays, it is a relief to see that the Halo TV series is scheduled for next year. The show, starring Pablo Schreiber as Master Chief, has been a long time coming. Following the cancellation of a Neil Blomkamp-directed Halo film, a TV show was soon put into production. It was reported that Steven Spielberg would produce, and it would arrive in 2015. Well, that didn’t quite happen. The show swapped hands for some time before ending up a Paramount production with Steven Kane and Kyle Killen as showrunners. Killen left before the start of production, and Kane will depart after season one is completed.

The teaser itself is short, existing to merely affirm that the show is on the way. At roughly 20 seconds, we see shots of the Master Chief’s glove, 117 insignia, and him putting on his helmet from behind. No, it does not show his face, so don’t ask. The teaser ends with Jen Taylor, as Cortana, saying “Hello, Master Chief.”

The Halo TV series is on and heads to Paramount+

We’re still some time away before the show hits the ground. Considering the shaky relationship between games and adaptations, one would hope that the Halo show turns out well. It won’t be the first series based on Bungie’s famous franchise. Halo 4: Forward Unto Dawn was released in 2012 before finding its way onto Netflix in 2013. It was good, but didn’t focus on the Chief and his exploits. The new show will undoubtedly put the walking tank front and center.

Beyond the show, Halo Infinite is prepped for a December 8 release date.